Harvest Information Program Improvement Pilot Off to A Strong Start

Harvest Information Program Improvement Pilot Off to A Strong Start

The Wildlife Management Institute (WMI) is working with states, the U.S. Fish and Wildlife Service (USFWS), and automated licensing system providers to develop methods of improving Harvest Information Program (HIP) data quality, which in turn will improve the precision and utility of the estimates. Improvements to the sampling frame will allow for more precise estimates at lower costs. Better quality data will help improve harvest management and may also be helpful in understanding hunter activity for assessing efforts at recruitment, retention, and reactivation of hunters. So far through the pilot program Louisiana, Arkansas, and Connecticut have implemented new procedures that will improve the quality of data received from migratory bird hunters. 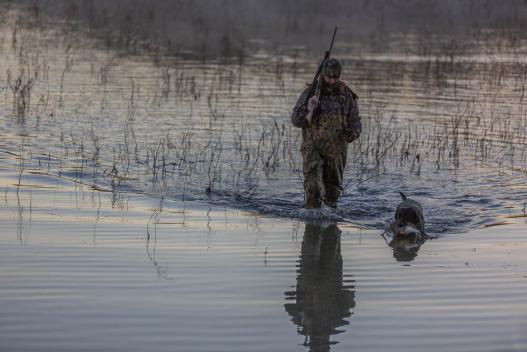 All migratory bird hunters are required to obtain a HIP certification prior to hunting migratory birds. Hunters must annually obtain their HIP certification by answering a series of screening questions about the prior year’s hunting activity when purchasing their hunting licenses or, in the case of permanent licenses, before bird hunting. These responses are provided to the USFWS and subsequently provide the sample frame for the Migratory Bird Hunter Activity and Harvest Survey.

Unfortunately, it’s often the case when HIP certifications are issued by license vendors, these vital questions are either bypassed or not answered fully causing estimates to be imprecise. The new procedures will help ensure that hunters provide answers to the screening questions directly to the state wildlife agency. The harvest estimates from this survey will be used by USFWS and states in determining harvest regulations and to define management actions in some harvest strategies.

Despite some early implementation hurdles, Louisiana Department of Wildlife and Fisheries (LDWF) Waterfowl Program Manager Larry Reynolds reports that the partnership between LDWF and its licensing provider, Sovereign Sportsman’s Solutions, successfully provided Louisiana hunters with HIP certifications while meeting the goal of improving data quality. “Early indications are that HIP certifications in Louisiana represented actual bird hunters, so we expect survey response rates to be higher,” said Kathy Fleming, chief of the USFWS branch of monitoring and data management.

“Secretary Jack Montoucet’s steadfast commitment to participating in the pilot study was the key to making these changes to HIP certification in Louisiana and we very much appreciate this support,” said WMI President Steve Williams.

The Arkansas Game and Fish Commission (AGFC) implemented changes to their HIP procedures in August 2020. “Since 2017, 65-70% of the HIP certifications were going to hunters who reported not hunting migratory birds in the previous year. While a portion of these might be non-resident hunters or lapsed resident hunters who had not hunted in Arkansas the previous year, the math did not add up,” noted AGFC Waterfowl Program Coordinator Luke Naylor. “We made the decision to move all our HIP Certifications to online, smartphone apps, or in person at an AGFC office, while making changes to the way the screening questions are asked, and this appears to have been a complete success.”

Fleming also indicated that HIP registrations in Arkansas this year appear to be “in line with expected numbers but it is still too early to compile final numbers.”

Starting December 1st, 2020, the Connecticut Division of Energy and Environmental Protection (CtDEEP) implemented changes for HIP certifications for 2021 hunting licenses. In Connecticut, hunters now need to get their HIP certification either online or by calling the harvest reporting hotline. Bureau of Natural Resources Director Rick Jacobson, who serves on the Atlantic Flyway Council, saw the need to make changes and volunteered his state to participate in the HIP Pilot Program.

Min Huang, Migratory Bird Program Leader, for CtDEEP reports that outreach efforts to hunters helped ease the new procedures. “The partnership between CtDEEP, WMI, and our license system provider, Aspira, was critical in making the changes in a timely and smooth fashion,” Huang said.

WMI Project Leader Brad Bortner continues to work with additional states and expects several more states to join the pilot program in 2021 and 2022. “The uncertainty caused by the COVID-19 pandemic caused delayed participation by some state agencies, but they are moving forward after delaying a year,” said Bortner. “I anticipate Arizona joining in 2021 and Montana in 2022; and I have had preliminary discussions with North Carolina, Florida, Iowa, Minnesota, Kansas, and Nevada about potentially joining the pilot.”

Bortner remains hopeful that other states will be encouraged by the results from Louisiana, Arkansas, and Connecticut and will decide to implement their own changes in the future.