Recent weather extremes experienced in the U.S. are linked to a changing climate, and a variety of efforts are underway to reduce factors that can increase the pace of change. The agriculture sector has been identified as one of the contributors to increasing levels of greenhouse gases (GHG) in the atmosphere, and also identified as a contributor of solutions to reduce atmospheric GHG. Recent advances in technology, combined with precision agricultural practices, have renewed an interest in conservation practices that benefit soil health, with additional positive benefits for farm sustainability and wildlife conservation. 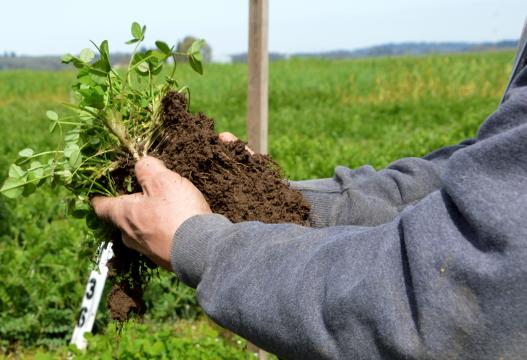 2019 was the second warmest year on record, second only to 2016 – in addition, the past five years have been the five warmest and the last decade has been the warmest on record as well. Most experts attribute these increases to an increasing level of carbon dioxide and other greenhouse gasses (GHG) in the atmosphere.

2019 was also the second wettest year on record, exceeded only by 1973. During the 2010s, the nation saw a trend of an increasing number of billion-dollar inland flooding events. Even after adjusting for inflation, the National Oceanic and Atmospheric Administration (NOAA) reported that the United States experienced more than twice the number of billion-dollar weather and climate disasters during the 2010s (119) as compared with the 2000s (59)

The extreme weather with the most widespread impact was the historically persistent and destructive U.S. flooding across more than 15 states. The combined cost of just the Missouri, Arkansas, and Mississippi River basin flooding ($20 billion) was almost half of the U.S. cost total in 2019.

However, innovations in row-crop agriculture are helping farmers adapt to a changing climate on two fronts. Farmers are better equipped to grow food in adverse conditions (think floods and drought as extremes), and they’re also able to address the root causes of climate change head-on. A growing number of farmers and agribusinesses are taking active steps to take carbon dioxide (CO2) and other GHG out of the atmosphere to store in soils and plants for positive “quality of life” outcomes (e.g. water quality, air quality and food for humans, livestock, and wildlife).

A typical soil is approximately 45% mineral (sand, silt, and clay); 5% SOM; 25% water; and 25% air, although each soil type is unique in composition. The water and air portions exist in the pore spaces between the soil aggregates. Over time, tillage tools reduce and remove the pore spaces from our soils, restricting infiltration and destroying the biological glues that hold our soils together.

Common cultivation techniques used over the last century involving tillage, such as plowing, disking, and chiseling break down the soil mechanically and biologically. As a result, sufficient supplies of oxygen for soil biota and plants are diminished, nutrients are depleted, soil erosion increases, there is a reduction of aggregate stability and water-holding capacity, and levels of organic matter are decreased, as measured by SOM. The greatest loss of SOM related to agriculture generally occurs during the first 25 years of cultivation, with losses of 50% being common. As SOM levels dropped, the need to fertilize more to compensate increased, which can be a factor in nutrient loss.

Restoring and enhancing soil organic matter will benefit plant (crop) growth, increase water storage capacity, and decrease nutrient loss, including GHG emissions. These direct benefits will yield quality of life outcomes that are sustainable. Direct benefits to wildlife include a) less land required to produce an equal amount of food (efficiency) and b) use of agricultural practices that benefit wildlife species in habitat enhancement for stages of their annual life cycle (e.g. more and improved nesting habitat). Some observers believe that agricultural sustainability will soon be equal to food safety and animal welfare in importance to consumers, creating an opportunity to benefit wildlife on private lands.

Methods to improve soil health include keeping the soil covered with crop residue or cover crops, minimizing soil disturbance, using crop rotations, increasing the length of time living roots are in the soil, using precision nutrient management, and integrating animals into row crop agriculture. Agribusinesses and producers are coming together to better document within-field cropping practices to better understand what techniques provide the best return on investment. Most of these partnerships are including documentation of structural improvements like terraces, waterways, tiles, and field edge treatment in data collection. This information will be used to understand the value of carbon storage to farm sustainability.

The challenge and opportunity for wildlife management practitioners will be to develop techniques to measure wildlife responses to these practices. Similar to earlier studies that sought to understand wildlife responses to no-till agriculture, these studies will connect wildlife conservation efforts to the growing societal interest in environmental issues.