The Wildlife Management Institute (WMI), in partnership with the Metropolitan Group (MG) and the Virginia Department of Wildlife Resources (VA DWR) recently completed a 20 month journey to implement several recommendations presented in the Fish and Wildlife Relevancy Roadmap (Roadmap). Funded through a 2021 AFWA Multi-state Conservation Grant, a soon to be released report describes the project and the journey undertaken by the VA DWR with Outdoor Afro, the Upper Mattaponi Indian Tribe, and the Rappahannock Tribe. 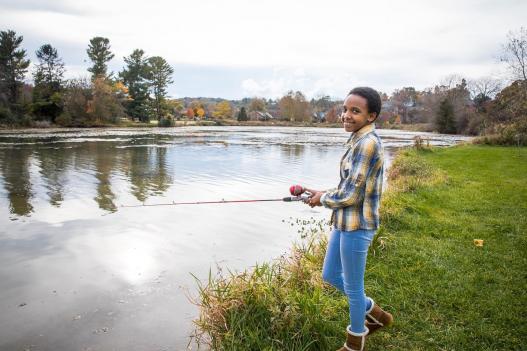 According to the report’s executive summary, VA DWR and its partners encountered two broad sets of challenges during their collective journey: “1) creating the internal agency conditions necessary for success in advancing relevancy, and 2) building and maintaining external relationships to increase VA DWR’s relevancy.” The report summarizes key aspects of these challenges, lessons learned as team members worked to address them, recommendations for how they might be better resolved in the future, and offers advice for others beginning their relevancy journey.

Though the project report documents 15 critical “lessons learned,” MG’s Tovar Cerulli and WMI’s Matt Dunfee noted that three primary observations were revealed over the course of the project. First, two sets of relevance-related challenges—the internal and external work of relevancy—are inextricably linked. “Because they are part of the same system, neither can be effectively addressed in isolation from the other,” stated Cerulli. “Advancing relevancy requires an integrated and simultaneous approach in which change, learning, and growth anywhere in the system contributes to learning and growth across the entire system.”

Second, work on relevancy is difficult. An agency becoming relevant to a broader cross-section of the public they serve requires that they build relationships with constituency and partner groups who may be unfamiliar to and with the agency, and whose expectations and priorities may differ significantly from those of longstanding constituencies and partners. Building these relationships requires building trust. That often requires understanding historical and contemporary contexts, including past events that created distrust and misunderstanding.

And closely related to the first two lessons is a third: The most significant barriers to state agency relevancy—as well as the most significant opportunities for breakthrough change—are related to internal agency skills, structure, and culture. Because the internal and external work are integral to one another, an agency cannot significantly advance its relevancy without changing and experiencing growing pains. Agencies committed to the relevancy journey have to develop a tolerance, even an appetite, for experimentation, discomfort, and learning from mistakes.

At the project’s outset, team leads from WMI, MG, and VA DWR expressed hope that a simple, repeatable, and reliable path forward—a “recipe for relevance,” as it were, would be discovered to help all agencies and organizations increase their engagement and service to broader constituents. Instead, noted Dunfee “the researchers discovered, through our shared journey with project partners, that relevancy is an “adaptive challenge”—the kind for which there is no straightforward solution.”

Cerulli summed up the realities of this adaptive challenge by observing, “The work of advancing relevancy requires an experimental mindset, a willingness to learn and practice, and a willingness to do things in new ways that are nearly always uncomfortable at first. It also requires a willingness to make mistakes. This work cannot be done effectively if participants and collaborators are afraid of even the smallest misstep. There will be breakdowns, bumps, and detours along the journey. These are not failures. In many ways, making, learning from, and adapting to these inevitable failures is the primary work of relevancy.”

The final report, with all findings and recommendations, will be posted to the WMI website by the end of the year.