The current coronavirus outbreak was declared a pandemic by World Health Organization on March 11, 2020. Since then, there have been massive changes in the daily lives of people around the globe. State fish and wildlife agencies have made state-specific decisions affecting access to state lands, changes to non-resident hunting access, meeting cancellations, and other impacts on fish and wildlife management activities. Similar effects are happening within the federal government and with non-profit organizations. Rather than focusing on the many impacts in our country which are changing on a daily basis, this story provides a background on coronaviruses and the connection with wildlife diseases. This article draws extensively from the website of the National Institute of Allergy and Infectious Diseases (NIAID). 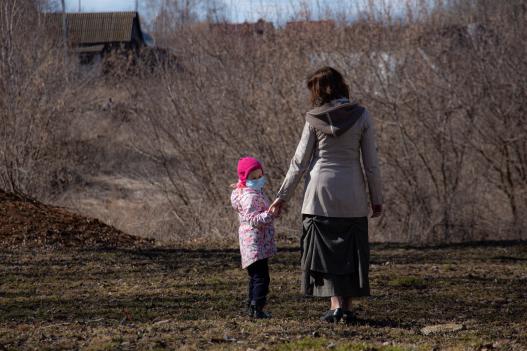 On December 31 of last year, Chinese authorities alerted the World Health Organization of an outbreak of a novel strain of coronavirus causing severe illness, which was subsequently named SARS-CoV-2, popular media refers to this as COVID-19. As of April 15, 2020, over 2 million COVID-19 cases have been documented worldwide with more than 600,000 in the United States, although many more cases have likely gone undiagnosed. To date, the virus has killed over 128,000 people around the globe and more than 26,000 in the United States.

There are hundreds of coronaviruses, most of which circulate among animals including pigs, camels, bats, and cats. Sometimes those viruses jump to humans—called a spillover event—and can cause a disease outbreak. Seven coronaviruses are known to affect humans, four of which cause only mild symptoms: viruses 229E, OC43, NL63 and HKU1. The other three zoonotic coronaviruses can have more serious impacts in people: SARS (severe acute respiratory syndrome) which emerged in late 2002 and disappeared by 2004; MERS (Middle East respiratory syndrome), which emerged in 2012 and remains in circulation in camels; and COVID-19, which emerged in December 2019 from China.

Research evidence suggests that SARS-CoV-2, MERS-CoV, and the original SARS-CoV all originated in bats. SARS-CoV then spread from infected civets to people, while MERS-CoV spreads through infected dromedary camels to people. Coronaviruses evolve quickly and have a long history of shifting between animal species, leading scientists to explore the origin of MERS-CoV and how it infects people. While many other coronaviruses in nature are not known to infect people, SARS-CoV-2, MERS-CoV, and the original SARS-CoV are notable for their ability to infect a variety of different species.

Thanks to research investments into the SARS and MERS outbreaks, NIAID scientists and grantees are better prepared to develop diagnostics, therapeutics, and vaccines against COVID-19. Included in those projects are basic research to understand how the virus infects cells and causes disease; adapting platforms used to develop diagnostic tests and vaccines; and evaluating treatments such as broad-spectrum antivirals and potentially monoclonal antibodies. NIAID-funded scientists are exploring ways to treat and prevent human coronavirus infections by working to develop new antibodies, drugs, and vaccines that block entry to cells, delay the immune system response, or block viral replication.

On March 20, 2020, the World Health Organization announced the launch of a global megatrial of the four most promising coronavirus treatments for COVID-19. The treatments are an experimental antiviral compound called remdesivir; the malaria medications chloroquine and hydroxychloroquine; a combination of two HIV drugs, lopinavir and ritonavir; and that same combination plus interferon-beta, an immune system messenger that can help cripple viruses. Some data on their use in COVID-19 patients have already emerged—the HIV combo failed in a small study in China—but the WHO believes a large trial with a greater variety of patients is warranted.

Dedicated scientists have been steadily working to address the threat of coronaviruses. These investments in science and technology may help prevent COVID-19 from reaching mortality levels measured during the Spanish Flu pandemic of 1918. The efforts of these scientists will contribute to solving the current pandemic of COVID-19.