The United States Department of Agriculture’s (USDA) Animal and Plant Health Inspection Service (APHIS) announced the expansion of wild bird surveillance for avian influenza to include the Mississippi and Central Flyways. This expansion also enlarged the existing surveillance program in the Atlantic and Pacific Flyways, which is in place to conduct surveillance of birds that may interact with wild birds from Europe and Asia. APHIS confirmed highly pathogenic avian influenza (HPAI) in wild birds in several states in the Atlantic Flyway in January as well as in a commercial turkey flock in Indiana on February 8, and the additional surveillance will increase the agency’s capability to track the disease throughout the United States. 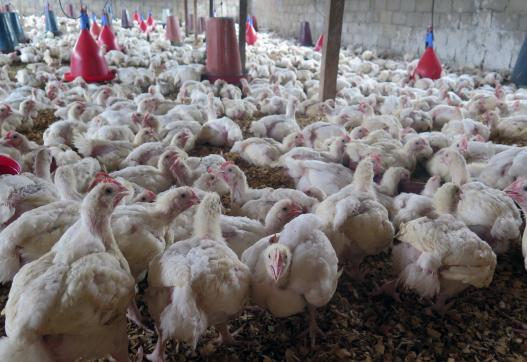 Wild bird surveillance provides an early warning system for the introduction and distribution of avian influenza viruses of concern in the United States. This surveillance also ensures APHIS and the poultry industry are able to enhance biosecurity measures and rapidly respond to reduce the risk of disease spread.

The total number of European countries affected with HPAI during October 2021-January 2022 is currently 30. In January, Israel canceled the final month of its five month-long hunting season in a bid to contain a severe bird flu outbreak that’s killed as many as 8,000 wild cranes and sparked concerns about infection among threatened bird species. Each fall, the cranes migrate from Russia, Ukraine, and Scandinavia to wintering grounds in Ethiopia and elsewhere, including Israel.

According to the U.S. Centers for Disease Control and Prevention, the recent HPAI detections in birds do not present an immediate public health concern. No human cases of these avian influenza viruses have been detected in the United States. As a reminder, the proper handling and cooking of poultry and eggs to an internal temperature of 165˚F kills bacteria and viruses.

Avian influenza (AI) is caused by an influenza type A virus which can infect poultry (such as chickens, turkeys, pheasants, quail, domestic ducks, geese, and guinea fowl) and is carried by free flying waterfowl such as ducks, geese, and shorebirds. AI viruses are classified by a combination of two groups of proteins: hemagglutinin or “H” proteins, of which there are 16 (H1–H16), and neuraminidase or “N” proteins, of which there are 9 (N1–N9). Many different combinations of “H” and “N” proteins are possible. Each combination is considered a different subtype and can be further broken down into different strains that circulate within flyways/geographic regions. AI viruses are further classified by their pathogenicity (low or high)—the ability of a particular virus strain to produce disease in domestic poultry.