Special Session to Expose the Impacts of Poaching, and Illegal Wildlife Trade

Special Session to Expose the Impacts of Poaching, and Illegal Wildlife Trade

One of four concurrent Special Sessions at the upcoming 83rd North American Wildlife and Natural Resources Conference in Norfolk, VA, will examine the impacts associated with wildlife crime and trafficking from multiple perspectives. This session, titled Fish and Wildlife Conservation in the 21st Century: How Poaching, Trafficking, and Illegal Trade are Endangering the North American Model for Wildlife Management, will address the perceptions and realities of the economic costs associated with illegal take and commercial trade of wildlife. 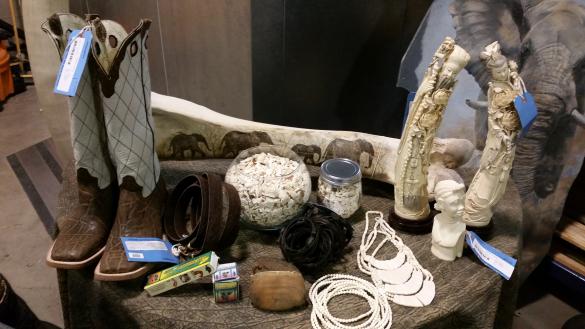 Fish and wildlife conservation in North America has long relied on adherence to fundamental principles such as the management of wildlife as a public trust resource, prohibition of commercialization and trade of wildlife and their products, non-frivolous use of the resource, and a democratic rule of law. These principles and others, collectively known as the North American Model for Wildlife Conservation, have served us for more than 100 years. As managers of the wildlife trust resource, state and federal fish and wildlife agencies have a duty to conserve, enhance, and protect wildlife held in that trust. Wildlife laws and regulations constructed and enforced by agencies are optimally designed around the North American Model to protect and conserve the natural resources in their charge.

Foundationally, the North American Model is based on the concept of “wise use,” which includes the responsible, ethical, and regulated taking of wildlife, as well as the willingness of citizens to voluntarily pay for wildlife conservation through license purchases and equipment excise taxes. The value of fish and wildlife resources for both recreational and commercial purposes often incentivizes markets for particular natural resources that directly contradict the North American Model, and places many species at risk. While the true cost of wildlife crime is a complicated, multifaceted paradigm, there is little doubt that the actions of violators result in significant economic, societal, and biological burdens on our system of conservation.

Presenters in the Fish and Wildlife Conservation in the 21st Century: How Poaching, Trafficking, and Illegal Trade are Endangering the North American Model for Wildlife Management session will explore a number of case studies. These will include: 1) the impacts of releasing injurious species, intentionally or unintentionally, into non-native environments with specific examples from the Florida Everglades; 2) the private ownership and commercial trade in wildlife ranging from high-fenced game farm operations to flea markets; 3) the successes of the Wildlife Violator Compact in reducing wildlife crime examining several high profile poaching cases from the western U.S.; and 4) the impacts that global trafficking of wildlife and wildlife parts, with a focus on iconic species such as elephant and rhino, has had, not only on the sustainability of wildlife populations both home and abroad, but also to our country’s economy and security.

The Special Session will also examine the hidden costs and impacts associated with wildlife crime and trafficking. Though not well-studied, the “dark figure” associated with wildlife crime attempts to estimate the unknown costs associated with illegal wildlife activity based on factors such as undetected fish and wildlife crimes, inadequate or ineffective enforcement of laws, diversion of state enforcement resources, and lack of judicial support, among others. The difficulties associated with assessing the true value (intrinsic, recreational, economic) of wildlife will also be addressed, and speakers will review how deviation from the North American Model may ultimately have significant negative outcomes and repercussions that damage the long-term security of our natural resources.