Boone & Crockett Club and WMI Work Together to Impact Wildlife Crime in the U.S.

Boone & Crockett Club and WMI Work Together to Impact Wildlife Crime in the U.S.

The illegal take of wildlife by poachers is a serious issue in the United States. The indefensible actions of bad actors ultimately result in the wholesale theft of wildlife from the public, significant loss of recreational opportunities, and in extreme cases, deleterious impacts on sensitive or rare species. The North American Model of Wildlife Conservation is predicated on scientifically-based management, rule of law, wise use, and equal opportunity. The theft of wildlife resources from the public flies in the face of the very foundations of this model. To help reduce wildlife crime in the United States, the Boone & Crockett Club and Wildlife Management Institute are working together to improve the ability for wildlife law enforcement officers to identify and convict poachers, as well as ensure that poaching restitution is severe enough to reduce wildlife crime. 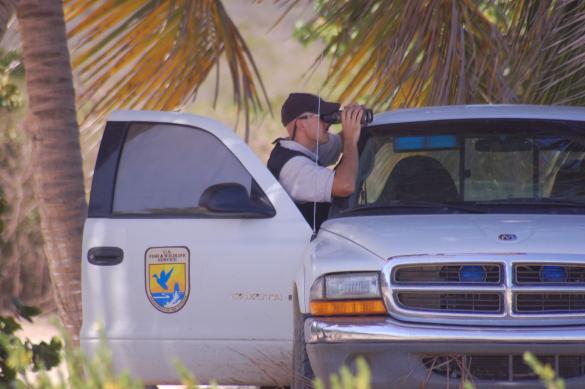 Those convicted of the unlawful take or possession of wildlife should have to pay restitution, a monetary payment to the state as compensation for the loss of the public’s resource. Restitution ordered by the courts in a criminal case usually is required in addition to fines, community service, imprisonment, forfeiture of equipment, license suspension or revocation, and/or felony charges. However, in many cases, prosecutors and judges are either reluctant to pursue restitution at a level to offset the loss of the resource, or they lack the statutory tools to do so. Furthermore, most wildlife crimes go either unreported or undetected, resulting in an even greater loss to the public. Resolving these two issues (sufficient restitution and detectability) is a critical step in significantly reducing wildlife crime.

Globally, illegal wildlife trafficking is a black-market industry that brings in billions of dollars for the offenders each year, and there is no doubt that these crimes have had detrimental consequences for entire species and the community residents who depend on them. International wildlife trade has been researched extensively, however, only a few studies have examined the impact of violations of state fish and wildlife regulations and statutes within the United States. In a special session on wildlife crime at a recent North American Wildlife and Natural Resources Conference, Dr. Kristie Blevins used this limited research base on the detectability of domestic wildlife crime to demonstrate that the state of Kentucky may be losing more than $50 million per year due to undetected wildlife crimes (illegal take and wildlife violations), unenforced or uncollected penalties and restitution, and the loss of license and federal revenue.

The estimated economic impact of fish and wildlife crimes in Kentucky as described by Dr. Blevins is significant. If the dark figure (undetected crime) is included, the average yearly impact is more than four times the annual budget for KDFWR law enforcement. And, there are other costs that could be included that would increase these numbers even more. For example, based on court dispositions requiring jail or prison time, taxpayers were responsible for a minimum of $125,000 of incarceration expenses per year. Additionally, illegal take or damage to the habitat of imperiled species could have financial and other costs far greater than penalties imposed by statute.

Obstacles that enforcement officers often encounter while trying to convict poachers may reduce the effectiveness of restitution as a deterrent for the illegal take of wildlife. Based on interviews of conservation officers, the most common themes focused on issues associated with the court system, followed by enforcement staffing and time constraints. The term “the courts” appeared to primarily include judges and prosecutors; however, jurors also were mentioned in conjunction with judges and/or prosecutors by some of the respondents.

Overall, many officers feel that judges and prosecutors were weak on prosecution because of their lack of hunting, fishing and outdoor experience, lack of understanding of wildlife management and conservation, and/or personal biases and motivations.

Raising awareness of the courts is only one challenge associated with wildlife crime. Sufficient penalties and restitution must be established in state statutes to ensure that the public is accurately compensated for the losses due to wildlife crime. The Boone & Crockett Club recently developed a “Poach and Pay Program” to assist states in strengthening their restitution programs. As a part of this program, Boone & Crockett commissioned a survey of state fish and wildlife agencies to determine baseline information on the following:

This survey indicated that 81 percent of states had some form of restitution program for illegally taken big game, with most (94%) having either-sex restitution. Sixty-two percent had trophy restitution that used measuring, point and/or weight criteria as a benchmark, with half of those using some component of Boone & Crockett’s official measuring system.

The wildlife community must continue to develop research on the detectability and restitution aspects of wildlife crime similar to that described in the Kentucky case study in order to further demonstrate that fish and wildlife violations are not trivial law violations. Information developed by more thorough research can then be used to by conservation organizations such as Boone & Crockett, Congressional Sportsmen’s Foundation, and others to educate lawmakers, judges, and other officials about the significant economic impacts of wildlife crime.

To the extent practicable, restitution costs should be established based on a uniform standard and should accurately reflect the loss to the public for the illegal taking of a public resource. One review performed by Quality Deer Management Association on minimum fines for illegally killed white-tailed deer indicated a range of fines from $0 - $1,500, with an average of $354 per first offense. In some cases, the Quality Deer Management Association found that the minimum fines imposed by some courts were less than the cost of purchasing a hunting license, which would significantly reduce the effectiveness of imposing fines as a deterrent for poaching deer. Standardized restitution costs based on quantifiable data would significantly help buffer the broad ranges of wildlife crime penalties, which are often insufficient as deterrents on their own. Recent survey and interview results suggest the effectiveness of penalties and restitution as a deterrent may be reduced by the lack of support provided by the court system and, in some cases, whether or not monetary penalties were combined with other deterrents.

The Boone & Crockett Club and Wildlife Management Institute are working together to address these issues. They, along with other non-governmental entities, may be able to help alleviate some of the issues enforcement officers encounter with the court system by lobbying for agency wildlife prosecutor positions, as well as wildlife case only court dockets. They may also offer additional support to agencies by conducting outreach and education to judges and prosecutors, emphasizing the importance of hunting as a component of wildlife conservation and the role of enforcement in ensuring the protection of the public’s resource. Finally, the organizations are currently working on model legislation using simple, quantifiable measurements that could be used to establish and/or standardize restitution costs for wildlife crimes in the U.S.