U.S. District Court Judge Dana Christensen restored Endangered Species Act (ESA) protection for the Yellowstone Grizzly bear population on September 24. Judge Christensen vacated the 2017 final delisting rule after finding that the U.S. Fish and Wildlife Service (FWS) failed to consider the impact of delisting the Yellowstone distinct population segment (DPS) on the remainder of the taxon and that the FWS acted arbitrarily and capriciously when conducting its review of the five listing/delisting factors. The outcome of the ruling was not unexpected, but the limited scope of the judge’s order leaves substantial uncertainty for both the plaintiffs and the FWS. The FWS can correct the flaws in the 2017 rule addressed in Judge Christensen’s order, but the court gave no indication of how it would rule on other complaints filed by plaintiffs, including Native American’s arguments against delisting on religious grounds. Any future delisting rule will likely face further litigation on these grounds, resulting in additional delays before grizzly bear delisting is finally resolved. Judge Christensen’s ruling has renewed calls for Congress to remove ESA protection for Yellowstone grizzlies, as it did for wolves in Idaho and Montana. 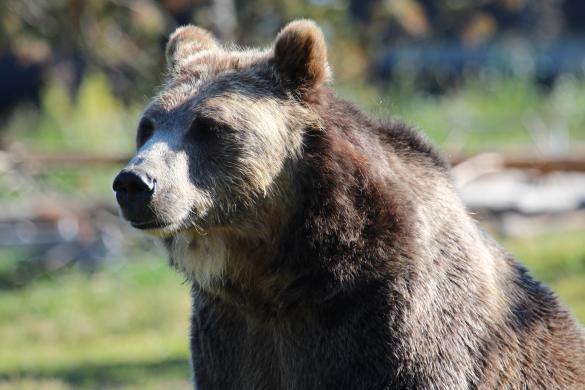 The FWS published a final rule in 2017 delisting the Yellowstone grizzly bear DPS for the second time. A previous rule delisting this population in 2007 was overturned in 2009 based on the failure of the FWS to consider the impact of the decline of whitebark pine, an important grizzly bear food source. Subsequent evaluation by the Interagency Grizzly Bear Study team determined that reductions in pine seeds would not adversely affect recovery, so the FWS renewed efforts to delist this DPS. Between 2010 and 2015, the FWS and states of Idaho, Montana, and Wyoming collaborated to incorporate new science into the Yellowstone Grizzly Bear Conservation Strategy, the plan that guides management of grizzlies in the DPS after delisting. The FWS issued a new draft delisting rule in 2016, and issued a final rule in 2017.

Environmental and Native American interests immediately filed suit challenging the second delisting. Along with raising arguments from the previous litigation, environmental plaintiffs claimed the FWS failed to consider how delisting the greater Yellowstone ecosystem (GYE) would impact the remaining members of the lower-48 grizzly designation, as required by the D.C. Circuit court’s ruling in Humane Society v. Zinke which dealt with delisting of the Midwest wolf population. They also claimed the FWS acted arbitrarily and capriciously by making a concession to the states related to future changes in population monitoring and in its consideration of the impact of genetic isolation of the DPS. Native American plaintiffs challenged the FWS’ failure to formally consult with Tribes, and the failure of the FWS to consider the impact of delisting on religious practices and freedom. Some Native Americans consider grizzly bears sacred and their religious beliefs proscribe hunting grizzly bears.

Following a hearing on August 30, Judge Christensen rejected the FWS’ argument that they didn’t need to consider the impact of delisting the Yellowstone DPS on other grizzlies because those populations would continue to enjoy ESA protection. He referred to the Yellowstone delisting, and proposed delisting of the Northern Continental Divide populations as a perfect example of the type of “balkanization” prohibited by the D.C. Circuit in Humane Society v. Zinke.

His ruling also held that the FWS acted arbitrarily and capriciously in two respects when conducting the analysis of the five factors in the ESA governing listing decisions. First, he found that the FWS failed to apply the best available science when it agreed to deletion of a requirement in the Conservation Strategy that any new method of estimating population size be recalibrated relative to the currently used Chao2 method. Second, he found that the change in the Conservation Strategy from requiring translocation of bears into the DPS in the event genetic diversity declined to merely considering translocations was “illogical” given the research upon which the FWS relied when evaluating the long-term effects of isolation of the DPS from other grizzly bears. Because these grounds, alone, were sufficient for Judge Christensen to vacate and remand the rule to the FWS, none of the plaintiffs’ other claims were addressed in the ruling and all other motions were denied as moot.

An order vacating the rule and remanding the issue to the FWS was not unexpected given the court’s prior decisions on litigation over delisting this DPS and the issuance of a preliminary injunction on August 31 to prevent initiation of hunting in Idaho and Wyoming on September 1. Now, the FWS must choose between appealing this decision to the Ninth Circuit or initiating a new rule-making process that resolves the “flaws” in the 2017 rule upon which Judge Christensen’s order is based. If they take the latter route, it would appear straightforward for the FWS to consider the impact of delisting this DPS, and potentially the Northern Continental Divide population, on other grizzlies in the lower-48 states. Similarly, the FWS and states could revise the Conservation Strategy to address the recalibration and genetic concerns. However, any future delisting rule of this DPS that resolves those issues will likely be challenged again based on the unsettled claims of the Native American plaintiffs.

Judge Christensen’s ruling has reignited calls from some interests for Congress to remove ESA protections from the Yellowstone DPS, as it did for wolves in Montana and Idaho when litigation overturned delisting of that species. The recent fatal mauling of a hunting guide and injury to his client by a grizzly bear in Wyoming has elevated the rhetoric of those frustrated by continued delays in shifting authority to the states and use of hunting as a management tool. Whether the current Congress will act before the mid-term elections or during the “lame duck” session, or a new Congress will act next year is unknown. One thing is certain, however. Absent Congressional action, litigation over delisting of grizzly bears will continue for the foreseeable future.