On September 25th at the annual meeting of the Association of Fish and Wildlife Agencies (AFWA) in St. Paul, Minnesota, the states’ directors passed several resolutions including one to adopt and support implementation of the Fish and Wildlife Relevancy Roadmap. The Roadmap is a non-prescriptive guide designed to help states overcome barriers to engaging and serving broader constituencies. The Roadmap was built over the past 18 months by five strategy teams made up of state, federal, and provincial agency staff along with representatives of conservation non-governmental organizations and outdoor and natural resource industries. Wildlife Management Institute (WMI) President, Dr. Steve Williams, and Nevada Department of Wildlife Director, Tony Wasley, oversaw development. In addition to adopting the Roadmap, the state directors approved a Multi-state Conservation Grant of nearly $150,000 to WMI to support implementation of the Roadmap beginning in January, 2020. WMI staff is reaching out to states to identify agencies ready to enhance conservation through broader engagement. 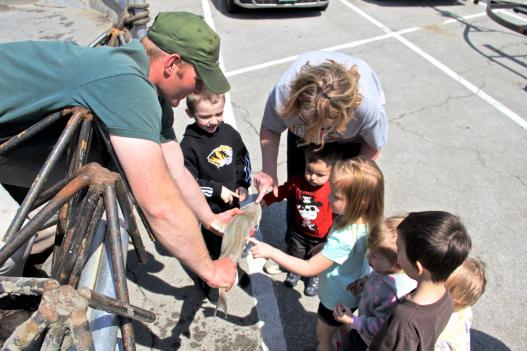 North American society is becoming more urban and diverse. People are spending less time outdoors and are increasingly disconnected from nature. The percentage of the population that hunts and fishes continues to decline. At the same time, human demand for food, fiber, water, energy, and housing is placing increasing pressure on fish and wildlife populations and habitat. In response to these trends, state agencies have recognized the need to expand their support beyond the ranks of hunters and anglers who have historically been – and remain – key partners in conserving North America’s wildlife. The Fish and Wildlife Relevancy Roadmap is the first comprehensive, practical guide states can use to achieve that goal.

Over the past 18 months WMI and the Association of Fish and Wildlife Agencies have led efforts to develop the Fish and Wildlife Relevancy Roadmap. More than 60 individuals from across the conservation institution were involved. The Roadmap addresses barriers related to agency culture and capacity, constituent culture and capacity, and legal and political constraints that make it difficult for agencies to engage constituencies beyond hunters and anglers, with whom the agencies continue to have important relationships. The Roadmap identifies strategies and tactics that can be applied to overcome the barriers. The Roadmap is nonprescriptive, which allows any agency to implement efforts to engage broader constituencies in their own way and at their own pace.

Discussions among the state agency directors during their retreat at the beginning of the meeting and throughout the conference demonstrated strong support for moving forward. That support was reflected in adoption of the resolution and approval of the WMI grant proposal.

One state that has already begun implementation is Missouri. There, Director Sara Parker-Pauley recently created a new Deputy Director position focused on broader engagement. Staff working under the new deputy on relevance will focus on recreational use coordination, partnerships and volunteer coordination, and citizen engagement. Jason Sumners, Resource Science Division Chief with the Missouri Department of Conservation and member of the Roadmap development coordinating team, said this move was meant to clearly focus and provide capacity to implement the Roadmap and enhance engagement with broader constituencies.

WMI will use the funds provided through the Multi-state Conservation Grant to coordinate efforts among states that want to begin implementing the Roadmap, develop agency-focused training on implementation, document best management practices, create a community platform that will allow collaboration among agencies implementing the Roadmap, provide consultation and facilitation services, and offer small grants to states that want to begin implementation, but lack adequate resources.