During the recent Association of Fish and Wildlife Agencies meeting, a Multistate Conservation Grant (MSCG) proposal to provide funding for the Boone and Crockett Club’s Poach & Pay Project was recommended for approval. Coordinated in conjunction with the Wildlife Management Institute (WMI), Poach & Pay is the first comprehensive research project to review, assess, and address the level of illegal take of wildlife in our country. Initial funding for this project was provided by the Bass Pro Shops and Cabela’s Outdoor Fund, Leupold & Stevens, Federal Ammunition, and SCI along with a research and media partnership with International Wildlife Crimestoppers. The MSCG grant will support the research that is underway and, combined with additional partner funding, will allow for a coordinated public outreach campaign using the results of the research. The project is expected to take three years, concluding in Fall/Winter of 2024. 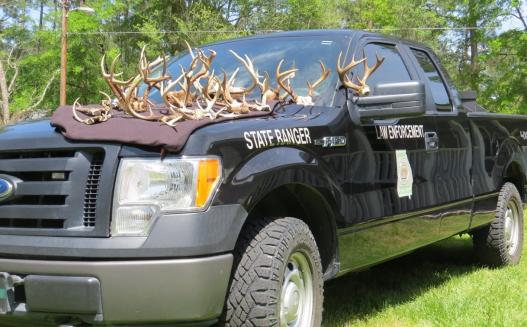 There are four primary goals for the Poach & Pay project:

The first phase of the research is attempting to quantify the degree to which wildlife violations go undetected by surveying and interviewing representative samples of hunters, landowners, conservation officers, and persons convicted of wildlife crimes. In October, surveys were sent to 80,000 landowners, 80,000 avid sportsmen (defined as purchasing a hunting license in each of the past 5 years), and more than 1,000 conservation officers in the eight target states (Maine, Pennsylvania, North Carolina, Missouri, Ohio, Michigan, Oregon, and Nevada). These states were selected to maximize variability in location, urban/rural makeup, percent of public vs. private lands, species composition, and accessibility and quality of data.

The Hunter and Landowner surveys focus on wildlife crimes for which the respondents have personal knowledge, the rates of detection by landowners and hunters to the rates of reporting by those same individuals will be examined. A more comprehensive survey is being administered to law enforcement officers of the eight subject states to investigate their thoughts, opinions, and attitudes on the levels of illegal take of wildlife, as well as their experiences with the associated judicial processes.

Using the developed estimates of undetected wildlife crimes along with the currently accepted penalties and replacement costs for lost animal value, licenses, permits, and federal wildlife assistance grants, this research will help to determine a true fiscal cost associated with the non-detection of wildlife crimes at the state, regional, and national levels. The estimates will also evaluate the fiscal costs of undetected wildlife crimes to determine the associated conservation costs at the state, regional, and national level by comparing those costs to current conservation efforts being funded or performed by state agencies (e.g., wildlife management, habitat management, imperiled species protection, restoration of species, etc.).

A comprehensive study on wildlife poaching is long overdue. Ultimately, the success of the project will be determined by the state trust resource agencies. Working with the agencies and state legislatures, WMI and the Boone and Crockett Club will use the findings to bring long overdue attention to the illegal take of wildlife and its true cost to agencies, hunters, wildlife enthusiasts, and the public.