The Wildlife Management Institute (WMI) is working with a number of states, the U.S. Fish and Wildlife Service (FWS), and automated licensing system providers to improve the Harvest Information Program (HIP). Data gathered from migratory bird hunters through the HIP is used to refine estimates of hunter effort and harvest of ducks, geese, doves, and other migratory birds. These estimates are crucial to setting hunting regulations. State wildlife agencies and the FWS recommended eliminating third-party data entry, typically done by license vendors, to improve the quality of HIP data. With support from a Multi-State Conservation Grant, WMI launched a pilot project in 2019 to modify HIP data entry in several states. WMI project leader, Brad Bortner, recently reported that Louisiana implemented changes to require each migratory bird hunter to enter their own harvest data for the 2020 hunting season. Bortner added that five other states will make similar changes in 2021 and three more are considering joining the effort in 2022. The long-term goal is to have hunters in all 49 states that participate in the HIP enter their own data. 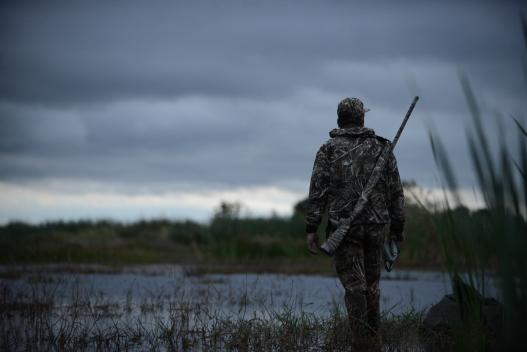 Established nationwide in 1998, HIP is a cooperative program between the FWS and state wildlife agencies to identify migratory bird hunters, which species they hunt, and how “avid” those hunters are. This information allows the FWS to stratify bird hunters into different groups making the process of estimating hunter effort and harvest both more precise and less expensive. Gathering accurate and timely data on migratory bird hunters is fundamental to HIP’s success. Unfortunately, one aspect of how the HIP was implemented in all but five states compromises the quality of the hunters’ data.

Most states rely on license vendors to gather HIP data from hunters at the time they purchase a license. These “third parties” might be a local sporting goods store or a huge corporation like Walmart. The problem is that the person selling the license may not understand or appreciate the importance of entering quality data. If there’s a long line of customers at the counter, they may skip asking the HIP data questions to speed the license sale process. Or they may enter data from someone who doesn’t really intend to hunt migratory birds. Each of these errors adds to the expense and undermines the precision of FWS harvest surveys.

The Association of Fish and Wildlife Agencies’ (AFWA) HIP Working Group, composed of FWS and state migratory bird biologists and managers identified the need to eliminate third-party data entry to resolve this problem. In 2019, WMI received a Multi-State Conservation Grant from the FWS and AFWA to launch a pilot project to support states’ efforts to convert their license systems to require each migratory bird hunter to enter their own HIP data.

Drawing on the experience of five states that had always required hunters to enter their own HIP data and the state of Kentucky, which changed its system in 2015 to eliminate third party data entry, WMI invited states in each of the four national flyways to participate in the pilot. Major license system providers like Aspira, Brandt, and S3 have also been engaged.

Louisiana was one of the first states to commit and made changes for the upcoming 2020 hunting season. Louisiana ranks as the top duck harvest state so the changes in HIP procedures will demonstrate how the precision of estimates can be improved.

Arizona, Arkansas, Connecticut, Kansas, and Montana are planning to modify their systems prior to the 2021 season and Florida, North Carolina, and Nevada are considering joining the pilot project in 2022.

“Eventually, we’d like to see that hunters, themselves, are entering their own HIP data in all 49 states that participate in HIP,” said Bortner. “Hunters have a personal stake in making the harvest surveys as accurate and cost-effective as possible. Their opportunity to hunt migratory birds is tied directly to results of the HIP.”

It may take several years to reach that goal, but steady progress is being made. As more states and license system providers join the migration to eliminate third party data entry, Bortner is hopeful the pace of change will increase.