Who Are the Private Landowners in the Midwest?

Who Are the Private Landowners in the Midwest?

It is estimated that 73 percent of our nation’s land is privately owned and that the majority of our fish and wildlife resources occur on those lands. Approximately 73 million people live, work, and recreate in the Midwest Association of Fish and Wildlife Agencies (MAFWA) region (U.S. states only), and roughly 93 percent of land area (total land and water area is 506 million acres) is in private ownership. Both agricultural and industrial development have altered most of the land found in the region. The Midwest contains some of the richest farmland in the world and is a national leader in corn and soybean production. It is also a leader in the production of grain-based ethanol and pork. Understanding the dynamics of private landownership, and the uses for these private lands, is essential for planning the region’s conservation future. 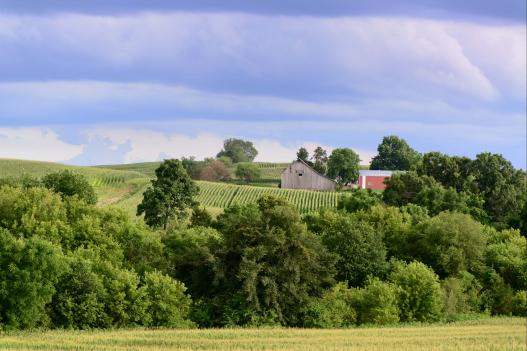 Historically, the wetlands and prairie that spread across the MAFWA region provided important breeding and rearing habitat for waterfowl and grassland-dependent species. The lakes, streams, and rivers of this region provided valuable spawning and rearing habitat for a myriad of fish and aquatic species. Forests were diverse and provided habitat for a wide range of fish and wildlife species. Today, the majority of wetlands have been drained, wetland basins and associated prairie have been converted to crop production or other uses, and development has overtaken many other native habitats.

In order to conserve the diversity of species found in the Midwest, state and federal agencies have acquired lands that are managed for these species and implemented a regulatory framework (applicable to all lands) to ensure all fish and wildlife populations are sustainable. Laws and regulations have been added to increase protections for species when population declines are sufficient to trigger a concern about the continued existence of various species. However, in spite of these protections, many species have declined in distribution and abundance. Consequently, a common working assumption is that the conservation lands held by federal and state agencies and other organizations cannot completely provide for all fish and wildlife needs.

The conundrum is that fish and wildlife are held in the public trust and managed by state and federal natural resource agencies while the majority of fish and wildlife habitat is owned and managed by private landowners. Private landowners largely own land for economic purposes and make their living from those lands, although other values (both acquired and intrinsic) often play an important role in land use decisions.

So who are these private landowners, and how can agencies do a better job of working with these essential partners to achieve greater success in fish and wildlife conservation?

Urban landowners are very numerous but collectively own a relatively small amount of total land area. Nationally, about 2 percent of the total land area is considered urban. Although urban areas take up only 2 percent of land, an overwhelming majority of Americans call cities their home. As of 2018, urbanites made up over 82 percent of the U.S. population. Here in the MAFWA region, approximately 2.7 percent of total land area is considered urban. As noted in the Mid-America Monarch Conservation Strategy – 2018-2038, urban areas can and do contribute significantly to conservation of some wildlife species such as monarch butterflies.

In addition to the conversion of land from agriculture to other uses, the ownership of agricultural land is also changing. The Iowa Legislature established a program to review farmland ownership and tenure in Iowa every five years beginning in 1982. Although focused on Iowa farmland, this information likely provides insights about agricultural land in the states that border Iowa. The most recent survey, conducted in 2017, revealed many policy-relevant trends in the ownership and tenancy of farmland as well as characteristics of farmland owners.

Three major points can be made about private agricultural and forest landowners in the MAFWA region. First, there are many private landowners, and they range from individuals to large corporations. While this creates real challenges to making landscape level policy, it also points out that many voices are needed to find the “right fit” for sustainable land use that will work on small parcels of land. Perhaps more importantly, each landowner may have unique perspectives on sustainability.

Second, these landowners often work with others to determine land use practices, including leasing land for income. Providing tools that measure aspects of sustainability will help inform both owner and lessee on ways to ensure best practices are considered and potentially adopted.

Third, 60 percent of farmland is owned by people over 65 years of age, and we should expect to see a change in landownership. Many of these people have worked their land for many years and are very familiar with those acres, they have an opportunity to help shape land use for current and future owners or tenants. As farming operations get larger, the managers of these operations will utilize new technology that informs business decisions within the field, perhaps even down to the individual plant someday soon.

Natural resource agencies would do well to continue to develop and offer a suite of conservation tools that work across landscapes. However, it will take dedicated effort across agencies to work with each willing landowner to find a combination of tools that meet both the landowner needs and conservation goals.