APHIS Blocks, Then Allows Transport of Hunter Harvested Birds from Canada Due to Avian Flu

APHIS Blocks, Then Allows Transport of Hunter Harvested Birds from Canada Due to Avian Flu 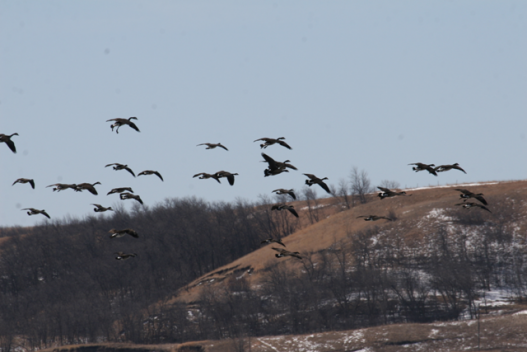 HPAI is an extremely infectious poultry disease spreading throughout North America, primarily by wild birds. States continue to report new findings of highly pathogenic avian influenza (HPAI) of the type H5N1. As of September 15, 2022, poultry outbreaks had been reported in 39 states, affecting more than 44 million birds. As of September 14, 2022, 45 states had reported at least one case in wild birds with 2,276 infected birds detected. The current HPAI bird flu viruses were first identified in Europe during the fall of 2020 and spread across Europe and into Africa, the Middle East and Asia, becoming the predominant subtype globally by fall of 2021.

APHIS regulations implement strict import controls to prevent HPAI introductions resulting from people transporting contaminated wildlife meat, carcasses, and trophies into the United States. At the beginning of September, APHIS announced that unprocessed wild game bird meat would not be permitted to enter the U.S. regardless of the province where the bird was harvested. There was significant frustration from the hunting community in part due to the restrictions being announced the day after hunting season opened in Canada when many hunts were already underway or planned.

“Hunters are left to wonder why APHIS would reverse course on such a consequential decision, announced after hours on a holiday weekend, with zero notice or opportunity to be heard from stakeholders,” said Ducks Unlimited CEO Adam Putnam in a release. “DU members are justifiably upset by the absence of science and the total lack of transparency around this sweeping regulation that does not appear to have even included the US Fish and Wildlife Service in its development.”

The USDA met with stakeholders to outline alternatives and on September 12, APHIS announced guidance that would allow hunters to bring game bird meat back into the U.S. The agency states that unprocessed hunter-harvested wild game bird carcasses, originating from or transiting Canada, must meet the following conditions:

APHIS further recommends that boots and any equipment used to process the carcasses should be clean and visibly free from dirt, blood, tissue, and feces. Cooked or cured meat and meat products (for example, sausage, jerky, etc.) will not be allowed import as FWS requirements cannot be met to identify the species of wild bird. Hunter-harvested wild game bird trophies entering the United States from Canada must be fully finished, or accompanied by a VS import permit, or consigned directly to a USDA Approved Establishment.

To date, only 1 human case of the current HPAI virus has been reported. However, the Michigan Department of Natural Resources has advised all hunters to be observant and careful when harvesting and handling wild birds, with certain duck and goose hunting seasons starting Sept. 1 throughout the state, and other seasons to follow this fall and winter.

The Michigan DNR advisory contains information for safe handling of harvested game. These include harvesting only healthy looking and acting animals, wearing rubber or latex gloves when processing in a well-ventilated area, and not eating, drinking, or smoking during processing. Additional recommendations for preventing further spread of HPAI include reporting any sick animals, preventing contact between wild birds and domestic animals, and not handling sick or previously dead animals.

Hunters may find an approved taxidermy establishment by visiting the Veterinary Services Process Streamlining (VSPS) search page and searching for a taxidermist with the HPAI product code in your state. For any questions regarding import of animal products and by-products, please contact Animal Product Imports at 301-851-3300 or send an email to APIE@usda.gov. For FWS requirements for the hunter harvested wild game birds from Canada, please contact them at www.fws.gov.