Increases in land values and commodity prices will encourage landowners and producers to increase production from all types of land where possible. However, increases in input prices and potential input shortages may cause some to reconsider the profitability of potential farmland when those costs are incorporated. Conservation advocates will be challenged to slow clearing of fencelines, terracing, tiling, and other land improvement practices in the near term. 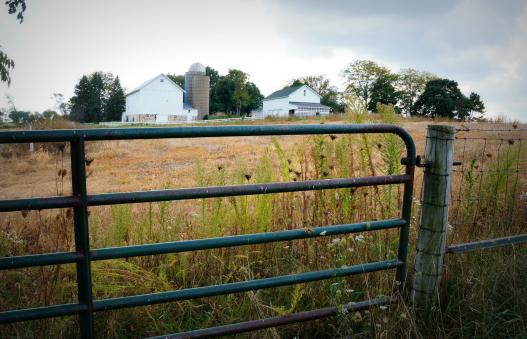 According to USDA's National Agricultural Statistical Survey (NASS) Land Values 2021 Summary, farm real estate values – a measurement of the value of all land and buildings on U.S. farms – averaged $3,380 per acre for 2021. Cropland values averaged $4,420 per acre, an increase of $320 per acre compared to 2020, or 7.8%. Several states saw double digit percentage increases in agricultural land values, with cropland setting record selling prices in many areas. These increasing prices are expected to trigger increases in crop rental prices as well.

“Severe to exceptional drought has persisted in some areas of the West since the summer of 2020 and drought has expanded to the southern Plains and Lower Mississippi Valley,” said Jon Gottschalck, chief, Operational Prediction Branch, NOAA’s Climate Prediction Center in a release. “With nearly 60% of the continental U.S. experiencing minor to exceptional drought conditions, this is the largest drought coverage we’ve seen in the U.S. since 2013.”

Another caution on planting estimates for the 2022 growing season is ensuring that farmers have the input supplies needed to turn these record-planted acres into a great crop yield. With the increasing costs and limited availability of input supplies, precision agriculture technology provides farmers with an opportunity to make a variety of agronomic management decisions on farms. Increasingly, this technology has become critically important in identifying underperforming acres within farming operations.

Pheasants Forever, Quail Forever, and others have supported agricultural producers by assisting them in understanding how their farm specific data can serve as a guide to identifying areas where management changes and conservation programs can improve the profitability of low-yielding areas. Changes that are implemented as a result of this analysis are beneficial for wildlife habitat, building soil health, increasing water quality, and improving sustainability. These efforts may additionally lead to putting these acres into Farm Bill conservation programs to ensure a return on investment.

Some lawmakers and ag industry groups have pressed to bring acres out of conservation programs like CRP and return those acres to crop production. Secretary of Agriculture Tom Vilsack has resisted noting that acres enrolled in CRP are largely not prime farmland or are often grasslands that are suited for grazing and not production. However, as reported by AgriPulse, in an April 6 call Secretary Vilsack said that only 1.8 million of the 4 million acres in expiring CRP contracts will be re-enrolled in the program, and that there will only be about 800,000 acres in new contracts. That would be a net loss of about 1.4 million general-signup acres.

As the agricultural committees in Congress begin the Farm Bill reauthorization process, CRP will be among the major topics reviewed, debated, and for which changes will be considered. Acres enrolled in CRP have declined significantly since the modern peak of 36.8 million total acres in 2007, but more than half of the acres enrolled have shifted into the continuous subprograms, especially across the major crop producing areas.

Incentives to improve land for crop production will convert wildlife habitat into tillable acres. Combined with anticipated reduced interest in Farm Bill-related conservation programs, natural resource managers will be challenged to enhance wildlife populations at the landscape scale. Opportunities for conservation in today’s agricultural economy will be found by targeting lands where fixed and variable input costs exceed returns from yield.