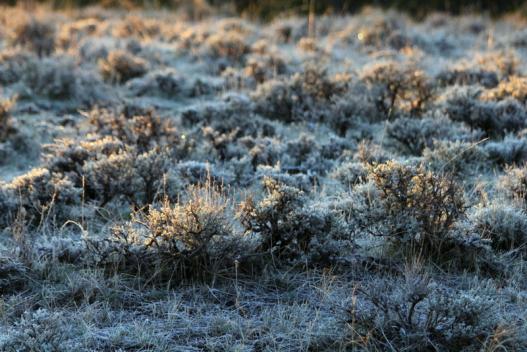 According to Remington, the strategy consists of two parts. Part A provides a contextual analysis of human and wildlife dependencies on the sagebrush ecosystem and the ongoing threats to sagebrush including fire, invasive annual grasses, climate change, free-roaming equids, conifer expansion, mineral and energy development, and land use. Part A also identifies challenges associated with efforts to restore sagebrush and to communicate and coordinate among the multitude of government, non-government, and private sector parties that must work together to conserve sagebrush. Part A has been peer reviewed and will be published by the U.S. Geological Survey in the near future. Part B will include sections on sagebrush community ecology and examples of successful collaborative conservation programs, like the Oregon Rangeland Fire Protection Association, Utah’s Watershed Restoration Initiative, and the Montana Rangelands Partnership. Part B will also provide updated strategies developed through a series of facilitated, virtual workshops conducted in May 2020.

Remington also emphasized that mitigating the environmental threats to sagebrush will require improved governance of sagebrush conservation efforts. Many of the agencies responsible for sagebrush conservation lack authority over land use and other factors that impact sagebrush and those with authority may not have the responsibility or capacity to act. Engaging the Western Governors’ Association and a broader range of local and state agencies through the EOC would help address the full range of impacts to sagebrush.

The sagebrush ecosystem spans 13 western states and three Canadian provinces. It is one of the most threatened biomes in North America. The contextual analysis revealed that this ecosystem is badly out of balance. In much of the ecosystem, there is too much fire. For example, between 2012 and 2019, an average of 1.2 million acres of sagebrush burned each year. During that time, fire consumed 6.3% of sage-grouse habitat at a range-wide scale and 21% of the Priority Habitat Management Areas (PHMAs) for sage-grouse within the Great Basin identified in Bureau of Land Management (BLM) land use plan amendments. The increase in fire in these parts of the ecosystem is largely driven by the invasion of exotic annual grasses and exacerbated by climate change. In other parts of the ecosystem, there is too little fire, leading to expansion of conifer woodlands. Mechanical removal of invading conifers is barely keeping pace with the increase.

The number of free-roaming equids on the landscape is another contributing factor. Nearly all areas of the ecosystem occupied by wild horses and burros have populations well above appropriate management levels (AML), with some herds more than ten times the AML. Litigation and public opposition to management of free-roaming equids have precluded the BLM from taking effective action, leading to overgrazing; further increases in invasive plants; soil compaction; and loss of plant cover, biomass, and species richness.

Other anthropogenic stressors, including mineral and energy development, add to the problem. Roads, mines, and oil and gas fields disturb the landscape, fragmenting habitat and providing an ideal surface for expansion of invasive plant species.

General concern for sage-grouse was raised in the mid-1990s by a number of state and federal resource agencies. That concern, coupled with a series of petitions filed in the late 1990s-2004 to add both Gunnison and greater sage-grouse to the list of threatened and endangered species, prompted state wildlife agencies, BLM, U.S. Forest Service, and the U.S. Fish and Wildlife Service (FWS) to develop a conservation strategy for sage-grouse. WAFWA and conservation partners completed an assessment of sagebrush and sage-grouse in 2004 and finished the Greater Sage-Grouse Comprehensive Conservation Strategy in 2006. During the same timeframe (2005), the FWS found that greater sage-grouse “did not warrant” listing. A Sage-Grouse Executive Oversight Committee (EOC) was created to oversee implementation of the plan with advice from a technical team. Membership in the EOC was later expanded to add the U.S. Geological Survey, Natural Resources Conservation Service, and Farm Services Agency.

While their efforts precluded the need to list the greater sage-grouse, the agencies involved in the Sage-Grouse EOC recognized that conservation of the sagebrush ecosystem required more than meeting the needs of that species. Effective conservation of the hundreds of sagebrush-dependent species cannot be accomplished through conservation actions directed at sage-grouse PHMAs, which comprise less than 26% of the sagebrush landscape. Accordingly, in 2016 the EOC expanded its scope from sage-grouse to the entire sagebrush ecosystem, changed their name to the Sagebrush EOC, and initiated development of a comprehensive Sagebrush Conservation Strategy.

The effort draws on numerous individuals’ experience over the past two decades and is being led by Remington; San Stiver, WAFWA Sagebrush Initiative Coordinator; and Ken Mayer, former Director of the Nevada Department of Wildlife. Remington recently told the EOC the agencies are: “Winning lots of battles but losing the war” to conserve the sagebrush ecosystem. In addition to the environmental threats to the ecosystem, Remington stressed that sagebrush conservation efforts don’t always include a number of essential parties, including state agriculture or oil and gas commissions, transportation and forestry departments, county weed districts, landowners, and non-government organizations. According to Remington, “Those with responsibility often don’t have authority, and those with authority may not have responsibility or capacity.” He cited the lack of common objectives, common priorities, and coordination at landscape scale as hampering conservation efforts.

To address the need for new strategies and broader engagement, WAFWA hosted a series of facilitated, online workshops in May, 2020 to bring key stakeholders together to develop revised sagebrush conservation strategies. Results of the workshops were shared for broader engagement and review in June and July. Working groups are now analyzing all this information and incorporating those into Part B of the strategy.

Remington summarized some of the new approaches under consideration at the recent Sagebrush EOC meeting. In areas where invasive grasses are fueling too much fire, increased efforts on prevention, detection, coordinated suppression, and restoration are needed. In areas of conifer expansion, workshop participants concluded agencies can’t cut their way out of the problem. Reintroducing fire under tightly controlled prescriptions will be necessary.

A critical, overarching issue addressed by the updated strategy is the need for a revised governance structure for sagebrush conservation. New strategies should focus on developing common objectives, a common prioritization scheme for conservation emphasis, a biome-wide communications plan, and a governance structure that can coordinate action across agencies, ownerships, and spatial scales. Remington suggested that engaging the Western Governors’ Association as WAFWA did in relation to corridors and connectivity that ultimately led to creation of the west-wide Crucial Habitat Assessment Tool (CHAT) would be one means to achieve this outcome.

Part A of the updated strategy that provides a contextual analysis of human and wildlife dependencies on the sagebrush ecosystem and the ongoing threats to sagebrush will be published in the near future by the USGS. Remington said Part B, which will provide the updated strategies, is expected to be completed by or near the end of the year. Additional information on WAFWA’s Sagebrush Ecosystem Initiative and the Sagebrush Conservation Strategy is available here.