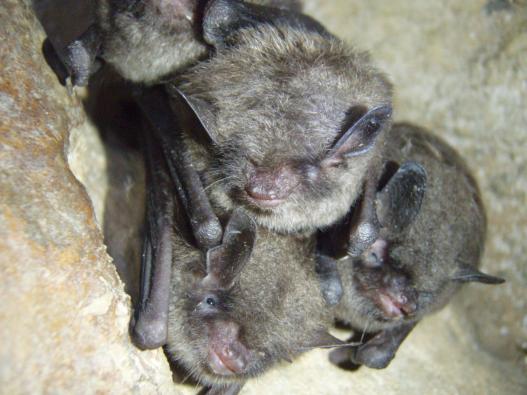 Since the 1950’s, bats have been the most common animal that humans encounter that can contract rabies. The high fatality rate of rabies makes it a serious health problem, but it has also led to indiscriminate killing of bats. In many cases, a lack of understanding of what can cause exposure to rabies, or the misinterpretation by humans of bat behavior that assumes a bat is acting sick, leads to bats having to be euthanized and tested for rabies.

Through support from the USFWS WNS Small Grants Program, the Idaho Department of Fish and Game, in collaboration with the Idaho Department of Health and Welfare, Bat World Sanctuary, and Centers for Disease Control and Prevention, worked with Ravenswood Media to produce a film called “Protect People, Protect Bats, Avoid Rabies!” The film promotes a One Health message. One Health is a collaboration of multiple disciplines working to promote optimal health outcomes by recognizing the interconnections between people, animals, and the environment. The platform brings together experts from multiple fields, including human and animal health experts, and wildlife and environmental conservationists, to find the best solutions for humans, animals, and the environment.

The 10-minute film includes interviews with public health and wildlife experts who share their expertise on rabies transmission and prevention along with bat behavior and ecology. The audience is instructed to avoid direct contact with bats for their own safety and the safety of the bats. For example, exposure to rabies is defined by a bite or penetration of the skin by teeth; a contamination of open wounds, abrasions or mucous membranes with saliva or other potentially infectious material (neural tissue); or finding a bat in a room and not knowing for sure whether an exposure has occurred. The actual occurrence of rabies in most bat populations is low. Most bats euthanized and tested for rabies test negative for the disease. These bats could have been saved if they were either left alone by humans or safely handled.

Through the One Health lens, the film looks at the relationships between bats, people, and the environment. While it is true that bats can contract diseases that are transmissible to humans, bats also play a role in protecting human health. Bats consume mosquitoes that also harbor diseases such as West Nile Virus, and several others that can be harmful or fatal to humans. Educating people about how to protect themselves from rabies and prevent bats from being euthanized is one way to conserve bat populations amid the multiple threats they face.