During a Capitol Hill press conference on July 12, Representatives Debbie Dingell (D-MI) and Jeff Fortenberry (R-NE) announced the reintroduction of the Recovering America’s Wildlife Act (RAWA), legislation that would dedicate just under $1.4 billion in annual funding for conservation of declining fish and wildlife species. Similar legislation was introduced in the previous congressional session and garnered bipartisan support from 116 members of the House. The new Recovering America’s Wildlife Act makes several notable changes to the bill introduced in the previous Congress. Most importantly the new bill would use general treasury funds rather than funding from energy revenues, there is also an additional $97.5 million for tribal fish and wildlife conservation efforts. Other bill changes include clarification that funds can be used for plants when connected to wildlife recovery and that states will be required to submit a report to Congress every five years that outlines their use of the funding to ensure accountability. 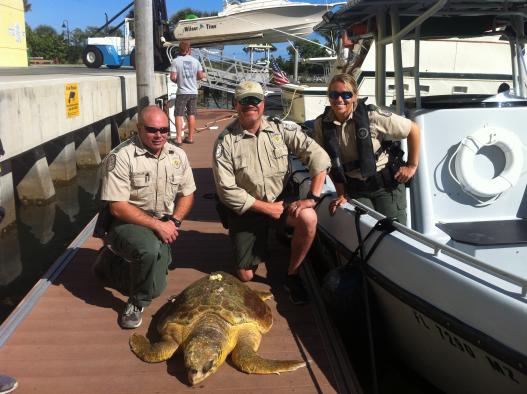 “The Recovering America’s Wildlife Act represents a strong commitment to addressing the current biodiversity crisis, but it uses innovative state-based management where a lot of the work has been done to safeguard our nation’s environmental heritage for our current and future generations. This is exactly the type of big, bold project that we need to have,” stated Rep. Dingell at the event. “Without a change in the way we finance fish and wildlife conservation, the list of federally threatened and endangered species is expected to grow from nearly 1,600 species today to thousands more in the future. This new dedicated funding is aimed at preventing wildlife from becoming endangered to ensure the long term health of all fish and wildlife that provide countless hours of outdoor enjoyment.”

The need for additional funding for fish and wildlife conservation has been an issue that the wildlife conservation community has focused on for several decades. Since 2005, states have developed State Wildlife Action Plans (SWAP) that document the species that are most in need of conservation action; according to the plans there are more than 12,000 species identified as Species of Greatest Conservation Need including species currently listed as threatened or endangered. The cost to conserve these species was estimated at $1.3 billion per year. Alternative funding methods were assessed by the Blue Ribbon Panel on Sustaining America’s Fish and Wildlife with their recommendations delivered in a report to Congress in 2016. Since then, a coalition of organizations and companies have worked together to advocate for a funding solution through the Alliance for America’s Fish & Wildlife.

“I believe this is the most exciting public policy development in the conservation space that has happened in decades. I’d like to commend Debbie Dingell for picking up this mantle to work towards some kind of consensus on the fundamental goals; this protects ecosystems, it enhances community and it supports recreation,” Rep. Fortenberry said during the press conference. “It moves us upstream from the emergency room procedures of the Endangered Species Act to move from regulation and litigation to collaboration and conservation. And it saves huge amounts of governmental and societal resources while enhancing recreation and sporting opportunities – and that’s a win.”

“America’s sportsmen and women have been the primary funders of state-based conservation efforts to this day, however, there is an increasing need to provide additional funding to state agencies to address the 12,000 species that are falling through the cracks,” said Congressional Sportsmen’s Foundation (CSF) President Jeff Crane a member of the Blue Ribbon Panel who spoke at the press conference. “This strongly bipartisan legislation provides critical financial resources to state agencies, allowing them the opportunity to conduct on-the-ground projects, which benefit species that are in the greatest need of conservation efforts.”