Just as spring weather created a challenging season to get agricultural crops planted this year, a host of political storms have challenged agricultural policy makers to get anything done. Political wrangling over immigration policy and work requirements for SNAP recipients caused a defeat of a proposed Farm Bill in the U.S. House of Representatives in late May. However, on June 8 leaders of the Senate Agriculture Committee reached agreement on a bipartisan Farm Bill that would keep the 2014 farm law largely intact while avoiding a partisan fight over food stamps. Given the differences in the bill and partisan politics, there appears to be fertile ground for drama as the legislative process continues to develop this summer. 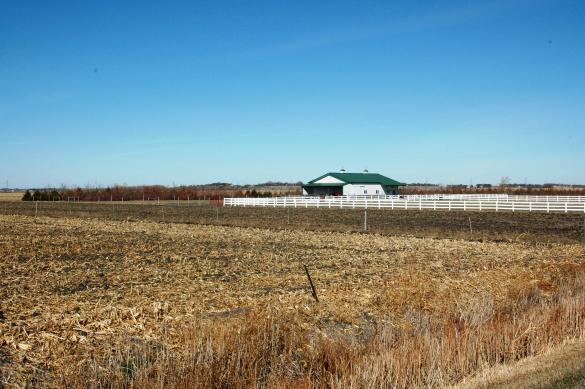 The frustration is only heightened by looming trade wars with trading partners both in North America and overseas. Canada and Mexico accounted for more than 28 percent of all agricultural exports from the United States in 2016, while China is the largest recipient of farm exports. The North American Free Trade Agreement renegotiation and China’s response to proposed U.S. imported steel tariffs have dominated agricultural headlines in recent months.

Meanwhile back on the farm, the USDA National Agricultural Statistics Service reported planting intentions of producers surveyed in March 2018. USDA reported that farmers intend to plant 88 million acres of corn and 89 million acres of soybeans, a 1-2 percent reduction in both commodities from 2017. This news comes at a time when corn and soybeans are in an oversupply position, with more grain carried over from last year than at any time in recent years.

Uncertainty in export markets has not been offset by increased demand domestically. Anticipated growth in livestock feed demand is also tied to export markets for meat products, although total meat and milk production is expected to reach record highs this year. Another policy storm surrounds the Renewable Fuel Standard, where both Renewable Fuel Credits (also called Renewable Identification Numbers or RINs) and year-round use of E15 fuel remain unresolved. Oil producers want a cap on the cost of RINs because RINs add a cost to the production of gasoline, and RINs have had a spike in value in the past year. Ethanol advocates want to increase demand for E15 to bolster corn prices, the primary source of ethanol. Both sides recognize that increasing use of electric vehicles and more fuel-efficient vehicles is slowly reducing overall gasoline use in the U.S. A series of White House-brokered meetings have failed to produce an outcome on these topics.

Despite the drama around agricultural policy, achieving success in conservation programs within the Farm Bill is directly tied to the issues discussed above. With an oversupply of commodities and uncertainty in export potential, there is an opportunity for policies to encourage taking marginal lands out of production to achieve conservation benefits. Some members of Congress recognize the need for an additional 6-16 million acres of set aside land, based both on conservation benefits and landowner demand. The Senate version of the Farm Bill would allow CRP to expand to 25 million acres, up from the 24 million-acre limit set by the 2014 Farm Bill. The House Farm Bill provisions would raise the cap to 29 million acres. The economics of the agriculture industry benefit by taking non-profitable land out of production to reduce supplies of already abundant crops. Net farm income is forecast to be down and also projected to fall in real terms. Providing incentives for both set aside programs and conservation practices through the Farm Bill will help producers economically and provide real conservation value for grassland and forest wildlife species.