The U.S. has been rocked by over 500 tornadoes in the past 30 days according to the U.S. Storm Prediction Center. The tornadoes have been driven by larger weather patterns that have also led to widespread rains and flooding across the Great Plains and Midwest. In the end of May, a low-pressure area stuck over the Pacific Northwest while a high-pressure system sat on top of the southern states allowing a stream of powerful winds to slice through the center, drawing energy from the Gulf of Mexico. The resulting rains and flooding have caused significant delays in planting of crops. 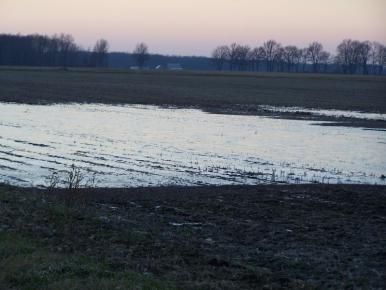 Nationwide, the National Agricultural Statistics Service (NASS), Agricultural Statistics Board, United States Department of Agriculture (USDA), estimated that 58 percent of the corn crop and only 29 percent of the soybean crop had been planted by the week ending May 26, 2019. The average of 2014-2018 planting were 90 percent for corn and 66 percent for soybeans. The greatest impacts of the weather were felt in the eastern and northern portions of the cornbelt (e.g. Ohio, Indiana, Illinois, Michigan, Wisconsin, South Dakota).

Farmers have several options available ranging from getting the crop in late (risking an early frost) to not planting the crop. If a producer has insurance coverage, not planting may be a preferred alternative. Options if the intended crop is not planted may include leaving the ground fallow, planting a different crop, planting a cover crop, or applying to enroll in CRP.

USDA announced it would start taking offers for enrollment into the Conservation Reserve Program (CRP) on Monday, June 3. Local Farm Service Agency (FSA) offices will take applications for enrollment into certain continuous CRP practices including but not limited to: grassed waterways, filter strips, riparian buffers, wetland restoration, the farmable wetlands pilot, and duck nesting habitat. These practices would be beneficial to water quality and quantity management as well to fish and wildlife species.

The rains and flooding have also likely affected reproductive success of many wildlife species. While many species can and will attempt a second effort to reproduce, these weather conditions will have an effect on many wildlife populations. On the positive side, an increase in idled lands or cover crops may provide additional habitat to grassland and wetland species.