Collaboration Demonstrates Success for Imperiled Species in the Southeast

Collaboration Demonstrates Success for Imperiled Species in the Southeast

Since 2010, the Fish and Wildlife Service (FWS) has been deluged with listing petitions for potentially imperiled species. The first was a mega-petition by the Center for Biological Diversity (CBD) and others that covered 404 aquatic species. Of these species, 61 had already been designated by the FWS as candidates for Endangered Species Act (ESA) protection. The FWS entered into a settlement agreement with CBD that delineated a set schedule for final decisions on the status of the petitioned species. In 2012, the FWS received an additional petition from CBD to evaluate 53 reptiles and amphibians, and they continue to receive petitions seeking action on additional species. To date, there are 496 species to be considered for listing, and the Southeast region of the FWS has responsibility for more than 60 percent of these. 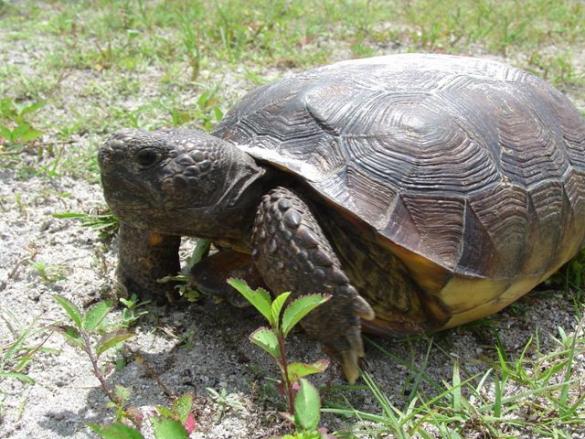 While there has always been a close partnership between Southeastern states and the Southeast region of the FWS, they began working more closely and inclusively to establish a regional conservation approach that would address the needs of regional at-risk species as a result of these petitions. This approach focuses on using flexibility within the ESA to accomplish conservation more efficiently and effectively, with the goal of ultimately preventing the need to list additional species. As a result of the increased level of focus, the FWS determined that 72 species did not need federal protection. These determinations were primarily a result of: 1) implementation of proactive conservation actions that helped conserve the species 2) collection of additional species information, 3) a lack of substantial information on the species to inform a listing decision, and 4) a reevaluation of threats to the survival of the species. Additionally, 12 species that were protected by the ESA were determined to require reduced protection under the ESA.

States helped take the lead for the conservation of at-risk species throughout the Southeast region. Many are using State Wildlife Grant (SWG) money to support additional surveys, research coordinated status assessments, and restoration projects to conserve at-risk species before they need protection under the ESA. For example, states are using SWG funding to address habitat restoration to benefit gopher tortoises and roughly 300 other species that use their burrows. Other states are using SWG money to support statewide surveys and restoration work designed to benefit the Eastern hellbender.

The Southeast At-Risk Species (SEARS) Program was designed and implemented as a collaborative conservation effort to address the threats and needs of regional at-risk species. Established by the Southeastern Association of Fish and Wildlife Agencies (SEAFWA) Directors, coordinated by the SEAFWA Wildlife Diversity Committee, and administered by the Wildlife Management Institute, the SEARS mission is to use collaborative research surveys, and conservation actions to help preclude the listing of species under the ESA.

The Longleaf Stewardship Fund ? a partnership of the Southern Company, the National Fish and Wildlife Foundation, the FWS, and others ? is another example of how cooperative conservation and combining of resources can help conserve and restore the region?s longleaf pine ecosystem. These efforts provide benefits for at-risk species that depend on the ecosystem, such as gopher tortoises, indigo snakes, black pine snakes, and red-cockaded woodpeckers, as well as the hundreds of other species that are dependent on this fire-obligate system.

This regional emphasis on at-risk species is a proactive attempt to help conservation partners protect a way of life for people while also creating more opportunity for voluntary conservation actions across the Southeast. The partners working toward this collaborative conservation are collecting and using the best available science to put conservation measures on the ground to keep working lands working, reduce regulatory burden, increase regulatory predictability, and conserve fish, wildlife, and their habitats.

The results of the collaborative work of the FWS, the Southeastern States, and their partners is remarkable. Their investment in time, funding, manpower, and other resources to this unified approach has accomplished the following:

The FWS is currently finalizing new policy that includes flexible approaches to provide landowners, government agencies, and their partners with incentives to carry out voluntary conservation actions. The policy is designed to allow voluntary actions that are completed before a listing decision to serve as mitigation should the species be listed. Continued actions developed and implemented in conjunction with partners have already demonstrated many successes for at-risk species throughout the Southeast, and this approach to collaborative conservation has established a model for the rest of the country for imperiled species conservation.