The American System of Conservation Funding - What's It Going to Look Like?

The American System of Conservation Funding - What's It Going to Look Like?

The American System of Conservation Funding is the funding strategy that has supported scientifically based management of our nation’s fish and wildlife resources for the last 75+ years. This “user pay – public benefit” system has been incredibly successful, but the number of hunting and angling participants paying into this system are on the decline while the general population in the country is increasing. Evaluating the current American System of Conservation Funding and identifying opportunities to increase funding for fish and wildlife conservation, as well as broaden the user groups supporting this successful system, is a critical step forward for those who care about funding conservation in the future. 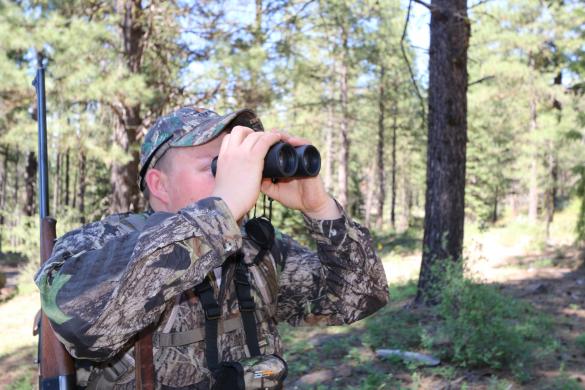 The American System of Conservation Funding started with hunting license sales which began to provide reliable funding for state wildlife agencies very late in the 19th century. This funding source was protected and supplemented with the passage of the Pittman-Robertson Act in 1937 (PR). PR included language that prohibited the redirection of hunting license revenues away from the state wildlife agency and placed an 11 percent excise tax on firearms (rifles and shotguns) and ammunition. Later amendments to PR added a 10 percent excise tax on pistols and revolvers (1970) and archery equipment was added in 1972 (11 percent). Another “license” worth mentioning is the Federal Duck Stamp that was created in 1932. While Duck Stamp funding does not help support the state wildlife agencies directly, the revenue from the stamp supports the establishment and protection of waterfowl habitats enjoyed by hunters.

PR was the model for the 1950 Dingell-Johnson Act (DJ). Like PR, DJ protected state fishing license revenues and supplemented state funding with a 10 percent excise tax on fishing equipment. In 1980, the Wallop/Breaux Amendments to DJ made some minor modifications to taxable fishing equipment and captured a portion of the Federal gasoline tax for boat motors and small engines. While these amendments (especially the gasoline tax) resulted in added funding, they also identified a number of other programs – not related to state fishery agencies – to be supported with the increased funding. Some of these new programs include the coastal fishery commissions; coastal wetlands programs, boater safety, infrastructure for larger boats, etc.

These license and permit sales coupled with the PR and DJ excise tax programs represent the performance-based sector of the American System of Conservation Funding, where successful management by the state fish and wildlife agencies is rewarded by increased participation and therefore increased funding from license sales and equipment purchases. Because these performance-based funding measures are considered a permanent funding source that goes directly to the state fish and wildlife agencies, they provide a great deal of reliability for the state agencies. This reliability is of critical importance to the agencies as they make long-term conservation management decisions.

There are other funding sources that contribute to the American System of Conservation Funding that are not performance-based and may or may not directly support state fish and wildlife agencies. Some states have established sales tax earmarks for conservation, where state law directs a portion of their sales tax to go directly to the state fish and wildlife agency to support conservation. At the federal level, the conservation measures within the Farm Bill and annual appropriations for State Wildlife Grants and the Land and Water Conservation Fund can also be considered contributors to conservation and therefore may be included in this funding strategy. However, because Congress sets funding levels each year for these federal programs, the long-term dependability of these non-performance-based funding sources is questionable and state agency directors are reluctant to rely on these funds for the basic support of their conservation programs.

So that’s what the American System of Conservation looks like today. The question is what will it look like a decade from now? As we all know, the user base for this system (hunters and anglers) is dwarfed by those that actually benefit from the natural resources and programs available. Depending on the numbers you use, hunters make up roughly 4 percent of the U.S. population and approximately 14 percent of the U.S. population purchase a fishing license and fishing equipment. Looking at trends, hunter numbers are declining and angler numbers appear to be holding steady. However, when you consider hunters and anglers as a percentage of the overall population, the numbers for both of these user groups are dropping. In other words – the user base that is paying the lion’s share of the conservation tab is shrinking while the public that is enjoying the benefits of our conservation efforts is growing.

There are those that advocate for maintaining today’s model where hunters and anglers carry the bulk of the load for conservation. Their position is that we need to do more to increase the number of people that enjoy hunting and angling. Further, they support efforts to expand the list of products that are taxed through the PR and DJ programs. While it is important that we continue to expand our efforts at increasing hunter and angler numbers and that we consider expanding the list of taxable hunting and fishing related products, it is just as important that we recognize the challenge that our current system of conservation funding is placing on just a few of the users of conservation AND the difficulties that this system of conservation funding is placing on our state fish and wildlife agencies.

Some express concern that if these additional user groups are allowed to participate in the American System of Conservation Funding that “their” state fish and wildlife agencies will be obligated to consider the priorities and needs of these other groups. The reality is that most state fish and wildlife agency directors are already obligated (through their agency mission statements) to support the natural resource demands of their public as a whole and they are constantly challenged with satisfying the demands of the public while not losing sight of the specific user groups that provide a majority, if not all of their funding support.