New Regulations Change Where, Not How Many, Wolves Are Taken So Far

New Regulations Change Where, Not How Many, Wolves Are Taken So Far

Controversial changes to wolf hunting and trapping regulations intended to reduce the wolf populations in Idaho and Montana led to public outcry and calls for emergency re-listing of wolves under the Endangered Species Act (ESA). However, the changes have not resulted in higher statewide harvests by the end of January 2022. What has changed is where wolves are being killed. The number of wolves killed adjacent to Yellowstone National Park in Montana increased from two to four in prior years when the state imposed conservative quotas in Wolf Management Units (WMU) 313 and 316 to 20 wolves by the end of January this year. This take includes some of the most frequently viewed and photographed wolves in North America. Wolf advocates, the National Park Service and tourism businesses expressed dismay over the loss of these wolves and the economic impact to gateway communities. The Montana Fish and Wildlife Commission met on January 28 to reconsider regulations in the region adjacent to the park and voted to close all wolf hunting and trapping in the region if six more wolves were killed. As of February 7, one additional wolf had been taken in the region, in WMU 313. 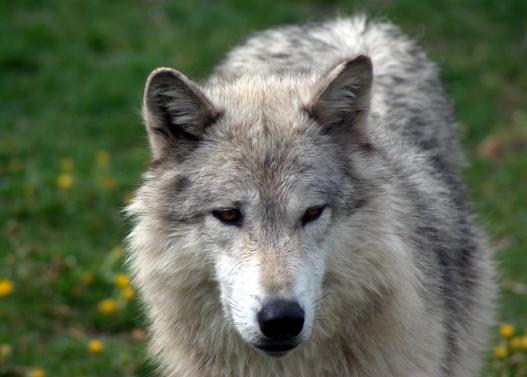 In early 2021, the Idaho and Montana legislatures directed their state wildlife agencies to reduce wolf populations in each state and adopted statutes designed to increase wolf harvests. Among the changes to state law were provisions to allow the Idaho Department of Fish and Game and private parties in Montana to compensate hunters or trappers for their expenses in pursuit of wolves. Both laws were criticized as reinstating a “bounty” on wolves. In Montana, the legislature also mandated extended wolf trapping seasons and specified that trappers must be allowed to use snares to take wolves whenever trapping was authorized, with narrow exceptions to preclude incidental take of grizzly bears.

The legislatures also authorized their state wildlife commissions to adopt liberalized regulations allowing methods of take, such as use of electronic calls, hunting at night, use of thermal sights, and increased bag limits. Both states’ commissions subsequently revised hunting and trapping regulations to increase wolf harvests.

These changes to wolf management were widely criticized as not being based on science and for authorizing unethical hunting methods. Several national environmental groups petitioned Secretary of the Interior, Deb Haaland, to re-list wolves in Idaho and Montana under the ESA on an emergency basis to avert decimation of wolf populations. To date, Secretary Haaland has taken no action to re-list wolves, but the U.S. Fish and Wildlife Service has initiated a status review based on changes in the states’ regulatory mechanisms.

Wolf advocates in Montana also went to state court in an effort to stop some of the new regulations from taking effect by claiming the Fish and Wildlife Commission violated the state administrative procedures act when adopting new wolf hunting regulations. A judge recently denied the plaintiffs’ request for injunction, allowing the new rules to remain in place.

In spite of the new laws, the number of wolves taken by hunters and trappers in both states through the end of January is close to the mean number of wolves taken up to this point in the season in prior years. In Idaho, 320 wolves had been killed as of January 31, 2022, slightly more than 2018 and 2019, but below the total in 2021. In Montana, 190 wolves had been taken as of January 31, 2022, compared with an average of 251 up to that point during 2018–2021 seasons. However, a significant change in where wolves have been killed in Montana has elevated public debate.

During the 2018-2021 wolf hunting and trapping seasons, the Montana Fish and Wildlife Commission established a harvest quota of one wolf each in wolf management units (WMU) 313 and 316 adjacent to Yellowstone National Park. These quotas were intended to minimize the impact of hunting and trapping on wolves that ranged in and out of the park without creating “buffer zones” that extended full protection for wolves beyond park boundaries. During prior seasons, hunting and trapping was closed in each of these units when the quota was reached.

For the 2021-2022 season, the Montana commission eliminated quotas in all wolf management units. Instead, the commission set harvest threshold levels that would trigger re-consideration of regulations to avoid adverse impacts to the wolf population. The statewide threshold was set at 450 wolves, a level that was predicted to result in a slight decrease in the overall population. That statewide threshold was subdivided across the seven regions in the state. The threshold for all of Region 3 in southwest Montana adjacent to Yellowstone, which includes WMUs 313 and 316, was set at 82 wolves.

As of late January, 76 wolves were reported taken in Region 3, approximately the same number that were taken in prior years at that point in the season. However, without quotas in WMUs 313 and 316, the number of wolves killed in those WMUs increased from two to four wolves in prior years to 20 by mid-January. That number includes what is believed to be all of the Phantom Lake pack, one of the most frequently viewed and photographed packs in the park.

Thousands of people across the country expressed outrage over the killing of these wolves. The National Park Service sent a letter to the State of Montana requesting action to halt further take of wolves adjacent to the Park and local tourism businesses in gateway communities banded together to press for closing wolf hunting and trapping in WMUs 313 and 316.

Because the harvest was approaching the regional threshold for review, the Montana Fish and Wildlife Commission met on January 28, 2022 to consider appropriate action. After FWP staff provided a summary of harvest data, and initial discussion among commissioners, Commissioner Pat Byorth from Region 3 moved to close all wolf hunting and trapping in Region 3 as soon as the threshold level of 82 wolves was reached. Commission chair Leslie Robinson opened the meeting for public testimony before calling for action on the motion. Over 200 members of the public had registered to testify prior to the meeting, including both Montana residents and non-residents, wolf advocacy groups, tourism business owners, and the Montana Wildlife Federation. Fewer than 20 people were able to speak in the 30 minutes allotted for input. All but one of the people who addressed the commission asked the commission to immediately halt wolf hunting and trapping in WMUs 313 and 316, Region 3, and/or statewide. Several also pressed the commission to preclude any future wolf take in WMIs 313 and 316 or reinstate the minimal quotas that existed in prior years.

Following public testimony, the commission voted unanimously to adopt the motion to close all wolf hunting and trapping in Region 3 when the reported harvest reaches 82 wolves. As of February 7, the harvest had reached 78, including one wolf in WMU 313. The Montana Fish and Wildlife Commission will reconsider statewide wolf hunting and trapping regulations, including the potential to reinstate quotas in WMUs adjacent to Yellowstone National Park, next summer.