Study of a Forest Dwelling Bat in an Urban Setting

Study of a Forest Dwelling Bat in an Urban Setting

Determining how endangered bats such as the Northern Myotis adapt to environmental impacts from increasing human development is important for assessing the future of the species, especially with additional stressors like white-nose syndrome. Some bat species are successful at adapting to urban areas for roosting and foraging. Other species either avoid developed areas or are not observed in these settings. With support from a USFWS White-Nose Syndrome small research grant administered by the Wildlife Management Institute, researchers at the Toronto Zoo studied Northern Myotis bats in urban areas in Canada to better understand if the bats avoided areas with human development or were present but difficult to detect. 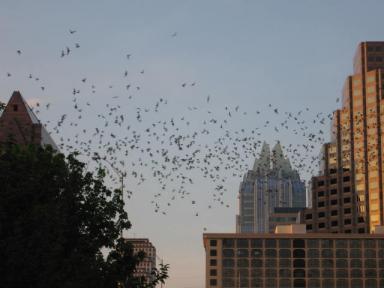 The study was conducted in a forested area inside Canada’s largest metropolitan area, the Greater Toronto Area. The findings suggest that the Northern Myotis population inside the developed area is healthy and reproductively active though the bats seemed to be mainly using the interior portions of the forest. Unlike bat species such as Big Brown Bats that have been observed roosting and foraging in human-built structures and parks, detections of the Northern Myotis bats in this study were only in the forested areas. The researchers discuss the implications of how this endangered species might be able to tolerate increasing development when there is sufficient forest habitat.

The article is available in the Journal of Urban Ecology.