Hunters will no longer be allowed to use trail cameras for hunting big game animals in Utah. The measure passed with a 4-3 vote by the Utah Wildlife Board, which also banned the use of thermal imaging night vision devices. 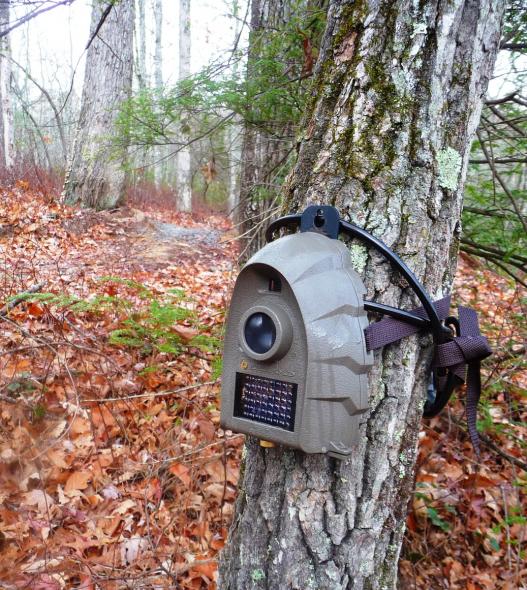 According to a Division of Wildlife Resources press release: “The Utah Legislature passed HB 295 during the 2021 legislative session, and it went into effect May 5, 2021. This new law instructed the Utah Wildlife Board to make some rules governing the use of trail cameras in hunting. As a result, the DWR conducted two separate surveys, which went out to more than 14,000 big game hunters and requested their “feedback on potential proposals for the wildlife board. The survey results showed that the majority of the public opposed using transmitting trail cameras for hunting (cameras that transmit images and footage in real time).”

The new ban will be in effect from July 31 to Dec. 31 each year and applies to cameras with internal storage memory as well as wireless cameras — those that transmit images to the hunter’s cellphone. A trail camera is defined by the state as a “device that is not held or manually operated by a person and is used to capture images, video or location data of wildlife and uses heat or motion to trigger the device.” The ban does not apply to private landowners monitoring their property and agricultural operations or municipalities participating in the urban deer program, but it does apply to most hunting on both private and public land.

The “sale or purchase of trail camera footage or data to take, attempt to take or aid in the take or attempted take of big game animals” is also prohibited under the new regulation.

Montana Fish, Wildlife and Parks (MFWP) banned the use of all trail cameras during hunting season in 2010. They have since amended the ban to include only cellular-linked cameras. New Hampshire also restricted their use in 2015. Hunters can use them, but they are prohibited from hunting an animal on the same day the photos are taken. In all states that have taken action, enforceability was a concern expressed.

The rapid advancement of technologies to aid hunters has not come without concerns of fair chase principles. As the originator and champion of Fair Chase, the Boone and Crockett Club is often asked to render its opinion, and sometimes its judgment, on the topic of hunting ethics. These requests are increasing in frequency with the proliferation of new hunting products, especially those incorporating electronic technology. Such products include everything from cellular trail cameras to Bluetooth-enabled optics and smart weapons, to devices not yet conceived. The Boone and Crockett Club has a policy on the use of wireless trail cameras, which states, “The use of any technology that delivers real-time data (including photos) to target or guide a hunter to any species or animal in a manner that elicits an immediate (real-time) response by the hunter is not permitted.” At least a dozen states have banned or restricted the use of unmanned aerial vehicles, or drones, for hunting. Others have prohibited “smart” rifle technology designed to improve the accuracy of shots.

With time a limiting factor for many hunters, utilizing technology to improve the odds of successfully harvesting an animal will continue to challenge agencies and hunters on the issue of fair chase.