The interagency group developing a comprehensive Sagebrush Conservation Strategy (SCS) reported to the Western Association of Fish and Wildlife Agencies (WAFWA) Directors at their recent meeting that the draft of Part II of the strategy will be released for review in early February, 2022. Part I of the strategy was published in early 2021 and discussed in a previous edition of the Outdoor News Bulletin. Part I addressed the importance of the sagebrush biome to people and wildlife, the extent and impacts of change agents affecting the biome, and identified conservation needs. Part II will lay out strategies that partners in sagebrush conservation can use to achieve the vision of “a sagebrush landscape with native understory that creates a large, functioning, intact biome.” In addition to the agency and public review, the draft SCS will undergo rigorous peer review before publication by the U.S. Geological Survey later this year. 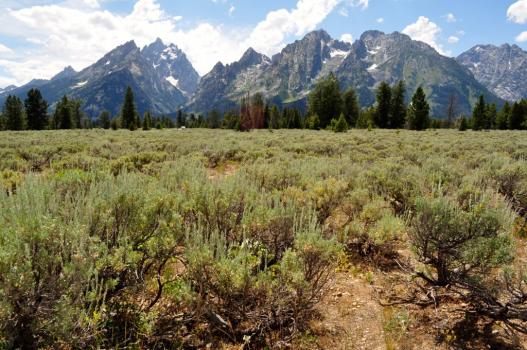 Dr. Kevin Doherty, spatial ecologist for the U.S. Fish and Wildlife Service and co-chair of the Landscape Conservation Design Team, emphasized the importance of a shared vision consisting of common goals and priority areas to work within. The approach is similar to the highly successful North American Waterfowl Management Planning process that led to passage of the North American Wetlands Conservation Act (NAWCA). Through NAWCA, Congress has provided $1.6 billion in federal funding that has leveraged over $4.7 billion in additional support to conserve nearly 30 million acres of wetlands across North America. The Sagebrush Landscape Design developed by Doherty’s team used remote sensing products to identify sagebrush cores, those areas where sagebrush and perennial grasses still persist on the landscape in the absence of threshold levels of invasive annual grasses, conifer expansion, or anthropogenic disturbances. Doherty reported that more than 20 million acres of core sagebrush habitat has been lost to these stressors or fire between 2001 and 2021. Given the geographic scope of the sagebrush biome, the amount of collaboration among multiple governments and private interests, and the magnitude of funding needed to conserve the sagebrush biome, Doherty said the NAWMP process provided a good model for the SCS.

WAFWA Sagebrush Science Coordinator, Dr. Tom Remington, told WAFWA Directors that while the magnitude of the threats and the scale of the biome make these problems seem intractable, landscape conservation design provides a way to “eat the elephant one bite at a time.” The draft SCS presents strategies to better coordinate conservation actions and defend about 33 million acres of “Core” areas where impacts to date have been limited, and restore about 84 million acres of “Growth Opportunity” areas surrounding the core. Remington said the draft SCS will provide strategies that can be used by partners to develop specific tactics and set local objectives and priorities appropriate to varying conditions across the biome. The draft SCS also lays out a process to apply adaptive management and monitoring at both local and landscape scales and includes case studies that illustrate successful collaborative efforts to date.

Additional information on WAFWA’s Sagebrush Conservation Initiative and the SCS is available on the WAFWA website.