The National Park Service (NPS) has announced their final rule repealing regulatory provisions issued in 2015 that prohibited certain sport hunting practices that are otherwise permitted by state regulations in National Preserves in Alaska. Among other restrictions, the 2015 rule prohibited taking of black bears with the use of artificial light at den sites, taking black or brown bears over bait, using dogs to hunt black bears, taking wolves and coyotes between May 1 and August 9, taking swimming caribou, and taking caribou from a motorboat under power. The 2015 rule also prohibited any state authorization or management action within a National Preserve that had the intent or potential to reduce predators to increase ungulate harvest by people. A similar rule adopted by the U.S. Fish and Wildlife Service (FWS) for National Wildlife Refuges several months after the NPS’ 2015 rule was repealed by Congress in 2017. The new NPS rule restores the State of Alaska’s primary role in managing sport hunting in Preserves. 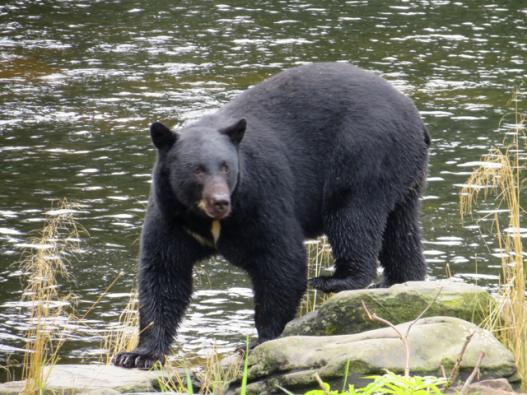 The State of Alaska, NPS, and FWS have contested multiple issues related to wildlife management on National Preserves and National Wildlife Refuges since the Alaska National Interests Lands Conservation Act (ANILCA) was passed in 1980. The root cause of most disputes can be traced to conflicting legal mandates. The Alaska State Constitution provides that fish and wildlife shall be managed on a sustained yield principle and Alaska’s “Intensive Management Act” directs the Alaska Department of Fish and Game (ADF&G) and the Alaska Board of Game (Board) to manage certain ungulate populations for “high levels of human consumptive use.” In contrast, ANILCA directs the NPS and FWS to preserve natural populations, while requiring the agencies to allow taking fish and wildlife for sport purposes and subsistence uses under applicable state and federal law and regulation.

Under state law, ADF&G has implemented agency-conducted predator control programs in a few areas using aerial shooting of wolves (and, in one case, bears) or using relocation and sterilization of predators to increase moose and/or caribou populations and hunter harvest. Over much of the state, the Board adopted liberal hunting regulations for wolves and/or bears for similar reasons. Among the liberalizations are allowing the use of bait to take brown bears. Both the NPS and FWS have resisted state efforts to manipulate predator populations on the basis of ANILCA’s mandate to maintain natural populations. Neither federal agency has authorized the state to conduct predator control on Refuge or Preserve lands. Both agencies opposed liberalized hunting regulations.

In 2015, the NPS adopted rules to prohibit certain practices that were perceived to be intended to reduce predator populations as part of a state intensive management plan. In addition, the federal rules prohibited some sport hunting practices that were not considered to be “sporting.” The latter included taking swimming caribou, taking caribou from a motorized boat under power, or taking black bears in their dens with the use of artificial light. These methods of take are allowed by state law and have been used on a limited basis for many years by rural Alaskans to take caribou and black bears for meat. The FWS adopted very similar restrictions for National Wildlife Refuges in 2016.

The state challenged both the NPS and FWS rules, claiming that the federal agencies had overstepped the bounds of authority granted by ANILCA and other federal law. In 2017, Congress sided with the state and repealed the FWS rules under the Congressional Review Act. Although Congress also objected to the NPS rule, it was barred from repealing that agency’s rule because the Congressional Review Act timeframe had expired. Following the change in federal administrations in 2017, the state pressed for reconsideration of the NPS rule.

In response to Department of the Interior Secretarial Orders 3347 and 3356, and a September, 2018 memorandum signed by Interior Secretary Zinke, the NPS undertook a re-evaluation of the basis for the 2015 rule. In May, 2018 the NPS published a proposal to repeal the 2015 rule and accepted public comment for 168 days. The controversial nature of the proposal generated 211,780 comments, signed by 489,101 individuals, although 176,000 of the comments were form letters. The NPS also consulted with the State of Alaska, Alaska Native tribes and corporations regarding the proposed rule. Among other reasons, critics of the proposal to repeal the 2015 rule cited the NPS Organic Act, sections of ANILCA, and NPS Management Policies as reasons to maintain the 2015 rule. Ultimately, the NPS determined that the 2015 rule was not consistent with those laws and decided to rescind it.

When the repeal becomes effective in early July, it will restore the state’s primary authority to regulate sport hunting on National Preserves in Alaska. Given the controversial nature of state and federal management in Alaska, however, it is reasonable to assume litigation will be filed challenging the NPS final rule.