State agencies have worked diligently over the last 60 years to restore wild turkey populations in North America. The success of these programs was remarkable, with population estimates reaching historic highs of about 6.7 million birds in the 1990’s and early 2000’s. However, the overall turkey population estimate across all of turkey range has dropped dramatically in recent years, causing concern among biologists and turkey enthusiasts alike. 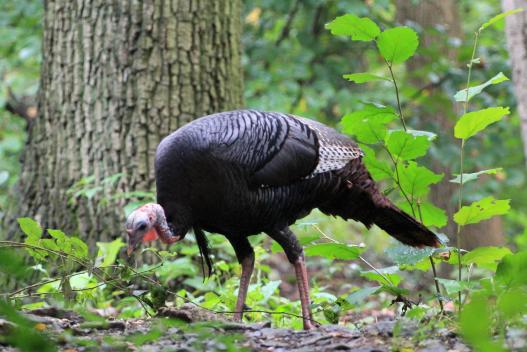 Researchers have identified four factors as potential causes for the decline:

Missouri’s population has plummeted by more than a third of its former harvest levels based upon harvest data. In north Missouri, the turkey harvest has declined by almost 50% compared to 2004, and harvest rates are closely correlated to population numbers. However, the 2020 season was very atypical due to the pandemic, and there were more hunters and greater harvest than in previous seasons (both in Missouri and generally in other states). Preliminary 2021 turkey hunting season results suggest a decline in hunting license sales and resulting harvests compared to last year.

A five-year Missouri study that wrapped up in 2019 concluded that poult survival was far less than normal rates. In an effort to reverse that decline, the Missouri Department of Conservation and the University of Missouri have embarked on a multi-year research project to identify the reasons why poult survival is low using sophisticated technology to track these young birds. In addition, South Dakota Game, Fish, and Parks has partnered with the National Wild Turkey Federation to study survival and reproduction research as well as weather impacts on survival and productivity of the Eastern wild turkey in South Dakota.

Better understanding of the causes of the decline in wild turkeys will help inform better state wildlife agency management approaches for this very popular species.