After decades of work, it appears that full and permanent funding for the Land and Water Conservation Fund (LWCF) may become a reality. In early March, President Trump tweeted his support for a package that would include mandatory spending for LWCF along with funding for public lands deferred maintenance. U.S. Senators Cory Gardner (R-CO), Joe Manchin (D-WV), Steve Daines (R-MT), Rob Portman (R-OH), Mark Warner (D-VA), Angus King (I-ME), Lamar Alexander (R-TN), and Richard Burr (R-NC) followed by introducing the Great American Outdoors Act (S. 3422) on March 10. While the bill was expected to be fast-tracked in the Senate later this month, the uncertainty that has developed with the rapid escalation of the COVID-19 pandemic is likely to make significant changes to the legislative calendar. 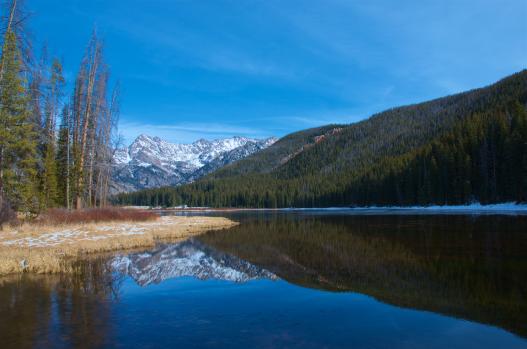 “The LWCF supports projects in Colorado and all across our country at no cost to the taxpayer, and fighting every year to figure out how much money the program will receive doesn’t provide the long-term planning certainty that our outdoor and conservation community deserves. Last year we were successful in permanently reauthorizing the LWCF, the crown jewel of conservation programs, and I have been fighting ever since to make funding permanent,” said Senator Gardner. “Senator Daines and I secured the President’s support and a path for full and permanent LWCF funding to become law and address the deferred maintenance backlog that the park system is currently facing. Congress has a historic opportunity to ensure the public lands we all own will receive the funding they deserve by passing the Great American Outdoors Act.”

The Great American Outdoors Act combines two existing bills, S. 1081 that would permanently fund LWCF at its $900 million annual authorized level and S. 500 the Restore Our Parks Act that would dedicate funds for deferred maintenance in national parks. Prior introduction of S. 3422, conservation advocates were able to expand the maintenance funding to include all federal public lands. As a result, the bill would dedicate $9.5 billion over the next five years to address maintenance backlog; 70 percent of those funds or $1.3 billion annually would go to national parks, the U.S. Forest Service would receive 15 percent, while the Bureau of Land Management, U.S. Fish and Wildlife Service and Bureau of Indian Education would each receive 5 percent annually.

The maintenance funding would come from up to 50 percent of the unallocated revenue from all energy production on federal lands and waters. It would be placed into a five-year National Parks and Public Land Legacy Restoration Fund with allocations not to exceed $1.9 billion per year. While the funding would not be subject to the appropriations process, the Administration would be required to send priority lists of deferred maintenance projects and their estimated cost to Congress within 90 days of the bill’s passage and then annually through the budget process. The bill also stipulates that at least 65 percent of the available funds be used for non-transportation projects. The maintenance portion of funding cannot be used for land acquisition or to supplant discretionary funding for annual facility operations, maintenance, and construction needs.

The $900 million in offshore funds for LWCF would be placed directly into the existing account and available without further appropriation or fiscal year limitation. The initial list of projects for fiscal year 2021 must be submitted by the Administration within 90 days of enactment of the Great American Outdoors Act and then be included in each fiscal year’s budget request. The bill states that appropriations bills may provide for alternate allocations from the request. The bill also explicitly states that funds will be consistent with requirements for recreational public access for hunting, fishing, recreational shooting, or other outdoor recreational purposes. The John D. Dingell Jr. Conservation, Management and Recreation Act that was signed into law in March 2019 permanently reauthorized LWCF and also added new language to allocate a percentage of LWCF funds for recreational access. However, that bill did not include dedicated funding and supporters have continued to work to secure permanent funding for the program.

“I started working to secure permanent funding the day after we passed permanent authorization of the Land and Water Conservation Fund last year. I am excited to see there is such broad bipartisan support to secure full, permanent funding for LWCF and address the maintenance backlog across all of our national parks and treasured public lands. Every state and territory and nearly every county in our country has benefited from LWCF funding. Today I am proud to be the lead Democrat introducing the Great American Outdoors Act. This is an historic achievement for conservation and a testament to the strong, bipartisan work that is still possible when we put politics aside to do what is best for our country,” said Senator Manchin.