President Donald Trump issued an executive order on April 26 that targets protections for large landscapes made by past presidents over the last two decades under the Antiquities Act. Executive Order 13792 calls on Secretary of the Interior Ryan Zinke to evaluate national monument designations made since 1996 that protect more than 100,000 acres. The Secretary will provide recommendations for any proposed modifications to these monuments as well as recommendations on potential legislative changes that can be made to the Antiquities Act. 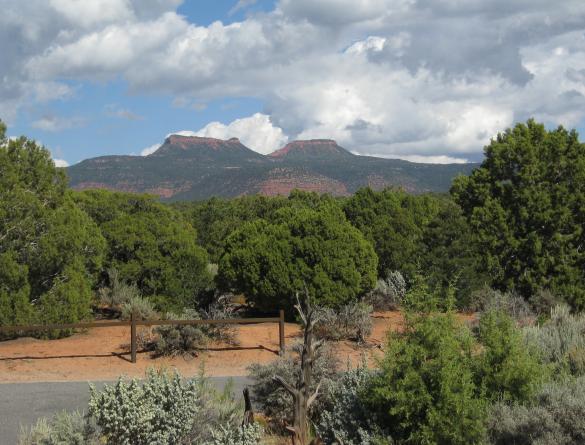 “Altogether, the previous administration bypassed the states to place over 265 million acres … of land and water under federal control through the abuse of the monuments designation. That’s larger than the entire state of Texas,” Trump said when he signed the order. “In December of last year alone, the federal government asserted this power over 1.35 million acres of land in Utah, known as Bears Ears -- I’ve heard a lot about Bears Ears, and I hear it’s beautiful -- over the profound objections of the citizens of Utah. The Antiquities Act does not give the federal government unlimited power to lock up millions of acres of land and water, and it’s time we ended this abusive practice.”

"I’m an optimist,” Zinke said. “After being on the ground for a few days and talking to people on all sides I think everyone has a lot more in common than previously thought. Everyone wants to preserve the important areas, the question is what vehicle of land management.”

The Antiquities Act was passed in 1906 and signed into law by President Theodore Roosevelt, with the initial intent to focus on protection of artifacts and archaeological sites. The law allows the president to designate federally owned lands as national monuments without requiring an act of Congress. The text of the law reads: “That the President of the United States is hereby authorized, in his discretion, to declare by public proclamation historic landmarks, historic and prehistoric structures, and other objects of historic or scientific interest that are situated upon the lands owned or controlled by the Government of the United States to be national monuments, and may reserve as a part thereof parcels of land, the limits of which in all cases shall be confined to the smallest area compatible with proper care and management of the objects to be protected.”

Roosevelt went on to use the Act to create 18 national monuments including lands that ultimately became Grand Canyon and Olympic National Parks. In the more than 110 years since the Act passed, 16 presidents, equally divided between Republicans and Democrats, have used the law to designate 170 national monuments on existing public lands. Many monuments have raised local concerns at the time of their designation. Legal experts debate but generally agree that a president cannot revoke a monument designation and that only Congress can remove the protection. However, while future presidents have changed monument boundaries, Congress has only acted about a dozen times to remove protections. In fact, Congress has acted almost four times more to increase protections, changing a designation from a monument to a national park including for such popular parks as Acadia, Bryce Canyon, Carlsbad Caverns, Petrified Forest, Denali, and many others.

Opponents have claimed that recent large acreage monument designations greatly exceed the intention of the Antiquities Act to protect “the smallest area compatible with proper care and management of the objects to be protected.” In addition, it has been argued that designations are stretching the intent of “historic or scientific interest” to significantly curtail activities across a landscape rather than focusing on smaller areas of archaeological significance. Yet monument supporters tout the broad community support in many areas and the collaborative approach to ensuring existing uses of the landscape are allowed. They also say that significant tribal engagement occurred to protect areas of importance to local Indian tribes in the designation process.

Trump’s executive order directs Interior Secretary Zinke to review monument designations or expansions greater than 100,000 acres that have been made since 1996. On May 5, the Interior Department released a list of 27 monuments, including five marine national monuments, that will be evaluated. The Secretary is required to provide an interim report by June 10 that will address only the 1.35 million acre Bears Ears National Monument in southern Utah. A full report with recommendations on all the monuments that are being evaluated is expected in August.

The department has opened a public comment period on the monuments under review. Comments may be submitted online at http://www.regulations.gov by entering “DOI-2017-0002” in the Search bar and clicking “Search,” or by mail to Monument Review, MS-1530, U.S. Department of the Interior, 1849 C Street NW, Washington, DC 20240.