In late July, the Trump Administration made changes to the Bureau of Land Management (BLM) and U.S. Fish and Wildlife Service’s (FWS) compensatory mitigation policies. In addition, the FWS and the National Oceanic and Atmospheric Administration’s National Marine Fisheries Service (NOAA Fisheries) have proposed regulatory revisions to the Endangered Species Act (ESA). The changes are intended to streamline the regulatory and permitting process, however some conservation groups are concerned that the policies will have long term impacts on wildlife and habitat. 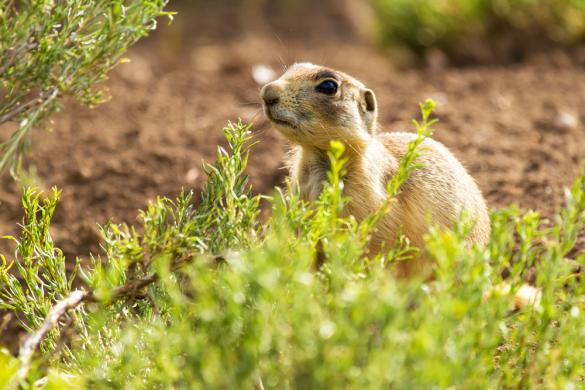 “Except where the law specifically requires, the BLM must not require compensatory mitigation from public land users. While the BLM, under limited circumstances, will consider voluntary proposals for compensatory mitigation, the BLM will not accept any monetary payment to mitigate the impacts of a proposed action. In all instances, the BLM must refrain from authorizing any activity that causes unnecessary or undue degradation (UUD), pursuant to FLPMA Section 302(b).”

While the agency cannot authorize a project that would cause "unnecessary or undue degradation," the policy does note that a "certain level of impairment may be necessary and due under a multiple use mandate." Moving forward, any compensatory mitigation must be voluntary and the agency cannot accept any monetary contribution for the implementation of this voluntary mitigation.

On July 27, the FWS announced that it was withdrawing policy set in November 2016 that requires a “net conservation gain” to mitigate the adverse impacts of development on fish and wildlife and their habitat. At the same time, the agency also withdrew its compensatory mitigation policy that was finalized in December 2016. As a result, the agency will revert to the mitigation policy set in January 1981. Within the Federal Register notice, the agency states:

“Compensatory mitigation requirements in particular raise serious questions of whether there is a sufficient nexus between the potential harm and the proposed remedy to satisfy constitutional muster. Further, because by definition compensatory mitigation does not directly avoid or minimize the anticipated harm, its application is particularly ripe for abuse. These concerns are particularly acute when coupled with a net conservation gain standard, which necessarily goes beyond mitigating actual or anticipated harm to forcing participants to pay to address harms they, by definition, did not cause.”

The changes to mitigation policy have raised concerns for some organizations.

“This disappointing decision throws away many years of effort to develop and implement conservation practice that supports species and habitat while providing predictability for the development community,” stated Lynn Scarlett, Co-Chief of External Affairs at The Nature Conservancy. “Rescinding these policies outright without a commitment to replace them creates an unstable and unpredictable policy landscape, leaving field staff with insufficient guidance and direction on how to comply with their mandates to protect species and their habitat.”

Earlier in July, the FWS and NOAA Fisheries proposed changes to the way the agencies implement portions of the Endangered Species Act. According to the agencies, the proposed changes would more closely align the way the two agencies implement the law. The proposed revisions would change certain definitions within the policies, change consultation processes, and would adapt 4(d) rules to differentiate future listings of species as “threatened”.

Specifically, the proposal would create a regulatory framework for the phrase “foreseeable future” as it is used in listing and delisting decisions, clarifies that the standard for listing and delisting is the same, and removes reference to economic or other impacts in classification decisions. In addition, the proposed policy changes the criteria for designating critical habitat including the process and standards for designating unoccupied critical habitat. The proposed changes would also revise the consultation process, clarify the definition of “effects of the action” and revise the definition of “destruction or adverse modification”. Finally, the proposed policy would change the FWS rules that automatically apply prohibitions for endangered species to threatened species.

The proposed rules were published in the Federal Register on July 25 and the agencies are accepting comments through September 24. Links to the full text of the proposed changes and the directions for providing comments can be found at: