As a part of the Wildlife Management Institute’s ongoing Multi-State Conservation Grant supporting the improvement of relationships between the state fish and wildlife agencies and the industries who contribute to the excise tax program, we are keeping a very close eye on excise tax collections that make up the biggest part of the American System of Conservation Funding. The numbers for first, second and third quarters of the federal Fiscal Year 2018 (October 1, 2017 thru June 30, 2018) are in and the Wildlife Restoration account continues to lag behind fiscal year 2017 revenues, though there has been an improvement from the previous quarters’ reports.

The Sport Fish Restoration account continues to hold on to a modest 9 percent increase over the collections of the first nine months of last year, the Wildlife Restoration account is down 22 percent from the collections of the same period a year ago. One bright spot, this 22 percent decline in the Wildlife Restoration account is a little better than where we were with this account just three months ago – at that time we were 30 percent in the hole. Here’s a look at the revenues as provided by the U.S. Fish and Wildlife Service based on reporting by the two collection agencies, the Internal Revenue Service and the Tax and Trade Bureau.

It is important to understand where these numbers come from, how they relate to past numbers and how the individual funding sources relate to the overall funding available. The following pie-chart provides a strong reference to how important the motorboat and small engine fuel taxes are to the support of state agency’s aquatic conservation efforts. 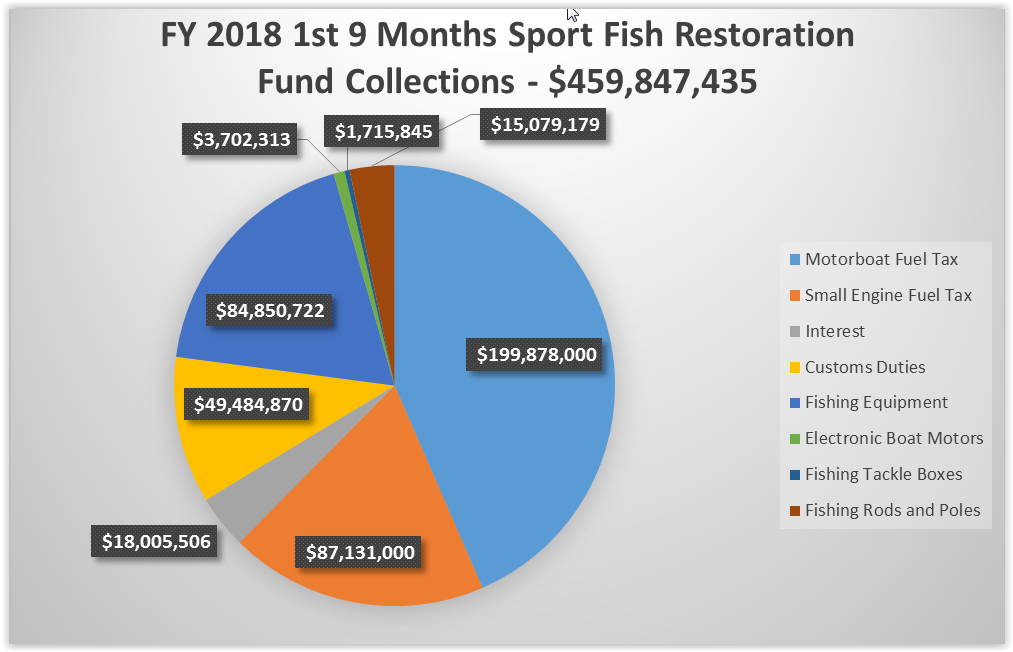 The data for the Wildlife Restoration account continue to show a not so good forecast for state wildlife agency funding for the coming year. If there is a bright side, last quarter’s 30 percent decline over the first six months of the year compared to last year’s first six months has shrunk to just a 22 percent decline. So, things have improved a bit. Generally speaking the big improvement came in ammunition sales where the reported sales actually outpaced the third quarter reported sales from a year ago. There were also better than last quarter reported sales figures for the firearms and the pistols and revolvers categories. Archery sales numbers, which were holding their own last quarter, dropped a little in the third quarter with a greater than 1 percent drop in reported sales after three quarters. Here are the comparisons for the first three quarters:

An important piece of information that we must not overlook in this collection data is the source of the funds. Roughly speaking, less than 10 percent of the collections are coming from archery and around 30 percent each is coming from pistols, firearms and ammunition. Here is a pie chart that shows this a bit more dramatically: 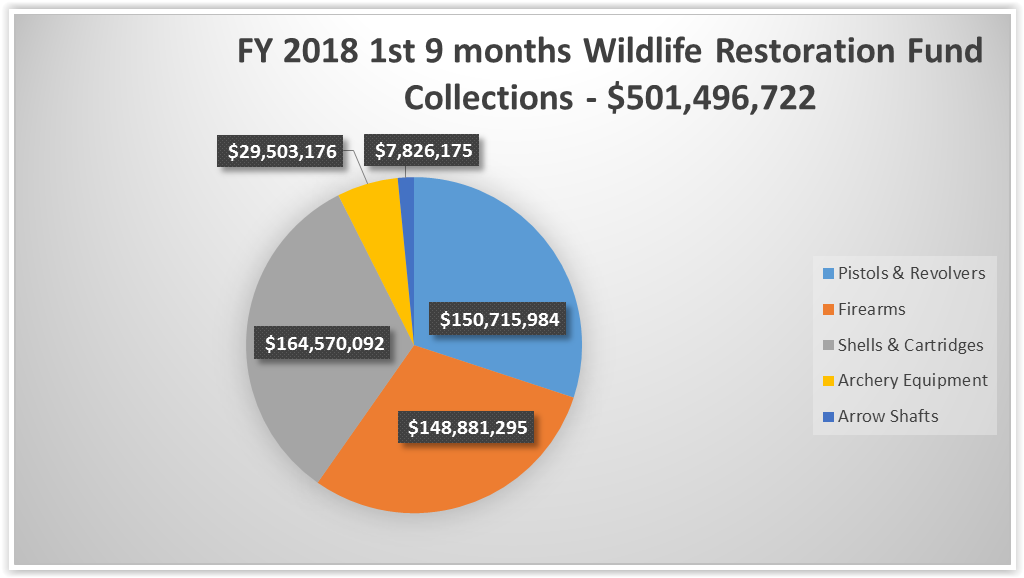 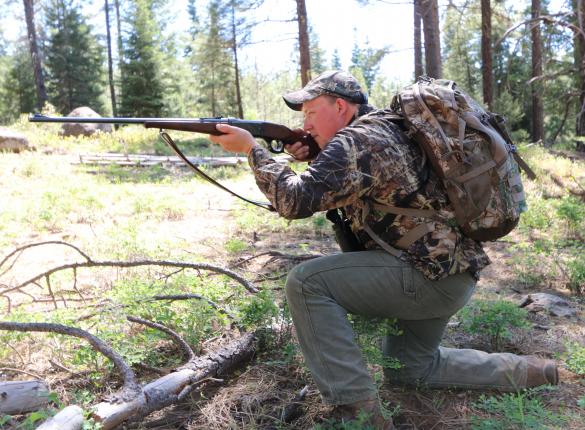 When these numbers are considered in combination with the recent trends we saw from the National Survey results, and the age demographic information that is showing up in our license sales data, the importance of focused efforts on hunter and angler recruitment, retention and reactivation cannot be overstated. While the natural tendency during times of constraining budgets might be to pull back and focus only on the basics like on-the-ground fish and wildlife management activities, we must not lose sight of the importance of growing our customer base and of ensuring the business health of our industry partners. Every new hunter, angler, boater and recreational shooter we recruit will provide license revenues, but more importantly, those new recruits will buy equipment that will generate excise taxes that will ensure our state wildlife agencies can take care of those important on-the-ground fish and wildlife management activities.