The Association of Fish and Wildlife Agencies (AFWA) and the Wildlife Management Institute (WMI) recently co-hosted a workshop to identify opportunities to increase fish and wildlife agency relevancy. The workshop, held in Denver, Colorado from July 30 to August 1, was in response to the recommendation made by the Blue Ribbon Panel (BRP) on Sustaining America’s Diverse Fish and Wildlife Resources that agencies should “engage and serve broader constituencies.” In addition to AFWA and WMI staff, the workshop brought together representatives from six state fish and wildlife agencies, two federal agencies, and two private sector companies. 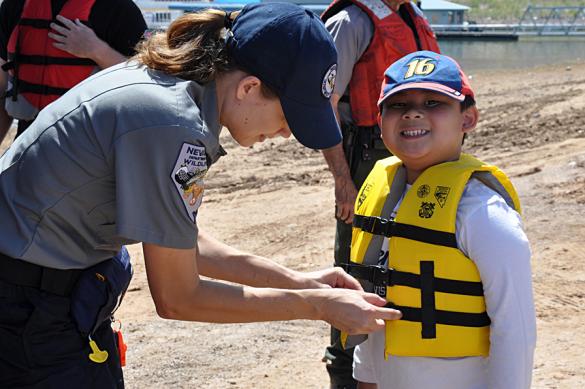 The workshop explored the utility of a conceptual model that leads to desired outcomes related to agency relevance. The model is based on a logic chain holding that, “If agencies engage and serve broader constituencies, then people will display more conservation-oriented behavior and provide increased funding and political support for agencies, which in turn will result in greater conservation of species and habitats.” Participants evaluated dozens of barriers to engaging and serving broader constituencies derived from the literature and numerous ongoing discussions across the conservation institution about relevancy. These barriers include such things as “an inadequate/inequitable funding model” and “lack of understanding of the diverse public values and desires related to wildlife.”

Next, participants brainstormed strategies and tactics to overcome a few of those barriers. WMI Director of Special Programs, Matt Dunfee, recommended and facilitated this approach based on how effective it was to enhancing R3 programs of state agencies. Gordon Meyers, Director of the North Carolina Wildlife Resources Commission, said this approach could be useful in creating a “roadmap” of alternative pathways state agencies could take to address their unique circumstances.

At the conclusion of the workshop, AFWA President and Director of the Idaho Department of Fish and Game Virgil Moore, AFWA Executive Director Ron Regan, and BRP Relevancy Working Group Co-Chair and Director of the Nevada Department of Wildlife Tony Wasley, agreed to engage the directors of all the state agencies in a discussion of the potential value of this approach at the upcoming AFWA meeting in Tampa, FL next month. If endorsed by the directors, further work on the “Relevancy Roadmap” would follow, under guidance from AFWA and the BRP Relevancy Working Group.