On Oct. 22, 2021, a judge halted Wisconsin’s fall wolf season two weeks before hunters were set to take to the woods, siding with wildlife advocacy groups that argued holding the hunt would be unconstitutional. 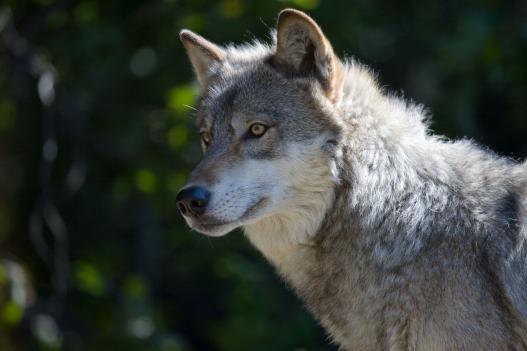 Six Native American tribes and others sued Wisconsin on September 21, 2021, to stop Wisconsin’s planned gray wolf hunt in November. Among other things, the coalition argued that the season is illegal because the Wisconsin Department of Natural Resources (DNR) hasn’t updated its regulations setting season parameters and has been relying on an emergency rule put in place shortly after then-Gov. Scott Walker signed a law in 2012 authorizing annual seasons. The lawsuit also cites the state’s wolf management plan that hasn’t been updated since 2007.

Wolves have made a comeback in Wisconsin, with latest estimates from the winter of 2019-2020 putting the population at around 1,000 animals statewide. After wolves were delisted by the Trump administration in January 2021, a hunter advocacy group won a court order forcing the Wisconsin DNR to hold a season in February 2021. State-licensed hunters harvested 218 wolves in the first four days of the season, well above the state-licensed hunter quota of 119 animals for that season. The higher harvest was due to a larger number of permits issued, good hunting conditions, and a state law requiring 24 hours’ notice before the season was closed.

Agency biologists had recommended setting the fall quota at 130 animals (state-licensed hunters would be able to harvest 65 animals) but the agency board set the limit at 300 animals. The agency then defied its own policy-setting board and set the quota for the 2021 fall hunt at 130 animals. Because the tribes receive half of the licenses, the working quota for state-licensed hunters for the fall 2021 hunt was to be 65 animals.

The judge said the injunction will remain in place until the DNR implements updated regulations on determining quotas and the number of licenses it issues and updates its wolf management plan with new wolf population goals for the state.

Native Americans, hunters, farmers, and wolf supporters have been at odds over Wisconsin’s wolf management. Gray wolves in Wisconsin are considered part of the federally designated Western Great Lakes population. Tribes have asked the Biden administration to immediately enact emergency protections for gray wolves across the country, saying states have become too aggressive in harvesting wolves. Specifically, the tribes asked Interior Secretary Deb Haaland to act quickly on an emergency petition they filed in May to relist the wolf as endangered or threatened. Clearly there will continue to be discussion on the best way to manage wolf numbers at both state and federal levels.