Building on its 2019 success of leveraging over $400,000 for critically needed CWD management research, a funding collaborative of CWD Alliance Partners has once again proven their commitment to helping CWD managers battle CWD with science-based solutions. 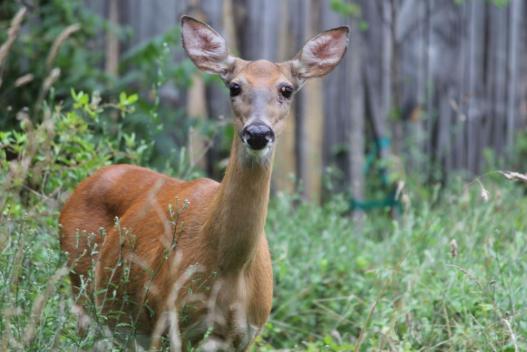 As in 2019, the 2021 CWD Applied Research Grant program is being managed by the CWD Alliance and has leveraged nearly $450,000 dollars through initial contributions from the Rocky Mountain Elk Foundation, Boone and Crockett Club, and the Mule Deer Foundation (all of which are Founding Partners of the CWD Alliance).

“Despite significant advances in the wildlife management community’s understanding of CWD over the past 40 years, there remains very little published research capable of informing effective and practical disease management techniques or practices,” noted Dr. John Fischer, a member of the grant selection committee and current chair of the Boone and Crockett Club's Conservation Grants Committee. Fischer, along with a team representing the Rocky Mountain Elk Foundation, the Mule Deer Foundation, the Association of Fish and Wildlife Agencies Fish and Wildlife Health Committee, and state agency CWD researchers and managers, identified the five research priorities used to guide the solicitation and selection of this year’s funding recipients. Below are brief summaries of the projects slated to begin in 2022.

The Arkansas Game and Fish Commission (AGFC) is concerned that CWD may be adversely affecting local deer herds with the potential for increased effects if the disease continues to spread and prevalence rises. The AGFC has altered hunting regulations to encourage harvest-based disease management. To investigate population-level effects and monitor management outcomes, the AGFC and the University of Georgia will undertake a collaborative research project to 1) estimate deer abundance, 2) evaluate influences of CWD on demographic and behavioral parameters, 3) determine infection rates relative to these parameters, and 4) develop a spatially-explicit population model that will forecast effects of agency management actions on the future spread of CWD and the consequences to the deer herd.

In 2019, the Wyoming Game & Fish Department (WGFD) discovered one of the higher CWD prevalences yet recorded in adult male mule deer of approximately 60% in the greater Wind River mule deer population. This prompted the Wind River Intertribal Council and WGFD to assess what factors are contributing to such high CWD prevalence in the region and whether there are particular hotspots that would lend themselves to targeted management strategies. Given the long distances moved by mule deer in many populations, CWD prevalence is often summarized at the management unit scale, obscuring the specific factors (e.g. artificial aggregations and small home ranges of non-migratory animals) that may be driving transmission. This project proposes to integrate data on CWD prevalence, habitat use, and deer density to identify spatial hotspots at a finer spatial resolution to help develop effective, joint harvest management strategies aimed at reducing CWD prevalence in the mule deer population.

Punch in the Gut: Finding CWD Prions and Markers of Disease Risk in Fecal Samples

Efforts to manage CWD in North America are hampered by limits of available disease detection methods and incomplete understanding of host susceptibility and CWD transmission. This project proposes intersectional study to advance early detection methods for both CWD and host factors indicative of high CWD risk using non-invasive samples. To do this, the project will: 1) Identify and ecotype CWD prions in fecal samples collected from white-tailed deer (Odocoileus virginianus), 2) Compare prion protein genotypes of white-tailed deer per CWD ecotype, 3) Characterize the commensal gut microbiome of white-tailed deer with CWD, and 4) Integrate objectives 1-3 to link host and pathogen factors in disease susceptibility. This will expand CWD surveillance methods to include sensitive detection of CWD in non-invasively collected samples (ex. fecal samples collected by hunters), by improving early detection of at-risk individuals and populations.

For more information about any of the projects, or to contribute to the CWD Alliance Applied Research Grant Program, contact Matt Dunfee.