USFWS Provides Funding in Support of Monitoring and Communication

USFWS Provides Funding in Support of Monitoring and Communication

White-nose Syndrome (WNS) is a rapidly spreading disease causing high mortality rates in North American bats, with the disease confirmed in 39 states and eight Canadian provinces as of February 2022. The U.S. Fish and Wildlife Service (the Service), in partnership with WMI, recently funded a small grant program in support of projects that focused on monitoring bat diversity and abundance and/or education and engagement of the public in conservation of bats. 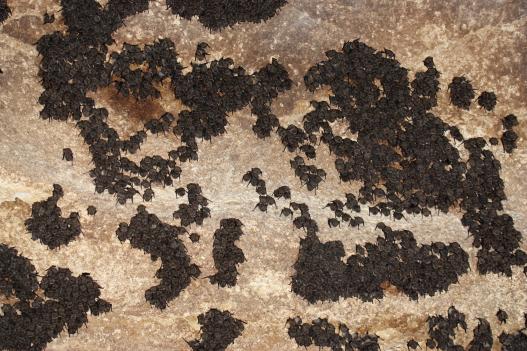 The North American Bat Monitoring Program (NABat) was established through the action of the Conservation and Recovery Working Group of the WNS national response effort to assess the status and trends of bat populations at local to range-wide scales. Through NABat, monitoring efforts provide reliable, comparable data across management jurisdictions and support effective conservation decision-making for bats across the continent. In support of NABat and to assist with bat population monitoring efforts in North America, the Service made funding available for equipment and supplies purchases to conduct acoustic monitoring, technology assisted colony counts, and other devices for monitoring bat diversity and abundance.

The Communications and Outreach Working Group of the WNS national response has developed key messages and coordinated approaches to educating the public and engaging them in conservation of bats. Such outreach is conducted through a variety of analog and digital media that present common themes about the national response to WNS in places such as classrooms, parks, Refuges, and other areas people may encounter bats and their habitats. In support of these goals, the Service made funding available for the purchase of printed materials, signage, kiosks, and other outreach materials that support efforts to inform the public about bats.

The Service committed $140,000 for this 2022 Request for Proposals. Thirty-five proposals were received, and nine proposals were accepted that focus on monitoring, communications, or both. A summary of each selected proposal follows.