The Nevada Department of Wildlife (NDOW) recently developed an action plan to expand engagement with the Hispanic community and young adults in their state. The goal of the plan is to increase the relevancy of conservation for those groups. During a two-day workshop, a cross-section of 15 staff from all NDOW divisions and regions explored results of an internal assessment of the agency’s readiness to increase relevancy with new constituencies, input from interviews with Hispanic and young adult stakeholders conducted by Dr. Cindi Jacobson with Innovative Outcomes, and data from a statewide survey of Nevada residents conducted by Responsive Management, Inc. 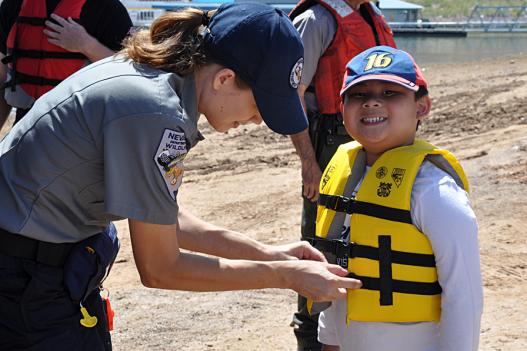 The internal assessment identified strong support from NDOW leadership and openness among staff for engaging new constituencies. At the same time, the assessment found that NDOW has limited capacity to expand programs to reach more citizens, has few connections with the Hispanic community and young adults that do not hunt or fish, and needs to identify ways to “meet people where they are” rather than expecting them to come to NDOW on their own.

Responsive Management used a combination of telephone interviews and online surveys conducted in both English and Spanish to reach a random sample of 863 Nevada residents over 18 years of age. The survey explored peoples’ interest and motivation for spending time outdoors, constraints to participating in outdoor recreation, awareness and opinions of NDOW and its programs, and their reactions to words and phrases related to NDOW's programs. Results were stratified to identify differences between the two highly urbanized counties where Reno and Las Vegas are located and rural areas of the state, as well as differences between Hispanic and non-Hispanic residents and different age groups.

Using a process designed and facilitated by Dr. Jacobson and Wildlife Management Institute (WMI) Western Field Representative Chris Smith, NDOW staff analyzed results of the internal and external surveys to identify the most significant internal and external barriers to increasing engagement with the Hispanic community and young adults in Nevada and what needs to change to overcome those barriers. With that background, the group developed objectives and strategies to reach out to the Hispanic community and young adults that are specific, measurable, action-oriented, realistic, and time-bound. Collectively, these form the basis of NDOW's Relevancy Plan.

Nevada is one of four states working with WMI, Innovative Outcomes, and Responsive Management under a 2022 Multistate Conservation Grant jointly administered by the Association of Fish and Wildlife Agencies (AFWA) and the U.S. Fish and Wildlife Service (FWS) to increase relevancy. More information about this project and efforts by other states to increase relevancy were presented on a recent webinar hosted by AFWA that can be viewed on the Conservation Relevancy Community of Practice website.