More than 170 people representing over 90 organizations came together in Nebraska City, Nebraska in late November to assess conservation progress and develop next steps and actions for improving future monarch butterfly conservation. The iconic monarch butterfly population has declined in recent decades, triggering a huge conservation effort that involves all land management sectors and thousands of people working to help this species. Workshop attendees were able to hear of both large- and small-scale conservation efforts around the country, as well as participate in breakout group discussions representing land management sectors like agriculture, roadsides, and urban areas. The workshop was hosted by the Midwest Association of Fish & Wildlife Agencies and the Monarch Joint Venture. 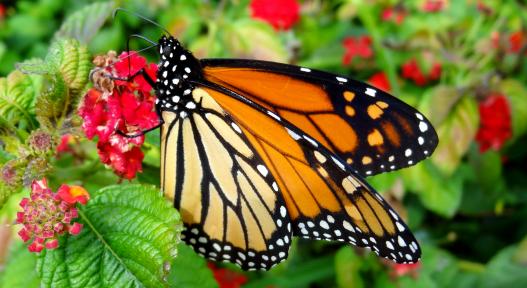 The U.S Fish and Wildlife Service (FWS) continues work on an assessment of monarch butterflies in response to a 2014 proposal for listing the species under the Endangered Species Act. A decision on listing status is expected in June of 2019. The FWS has developed a conservation database to track monarch conservation plans and efforts across the country. As of November, preliminary reviews of the content suggest that up to 2 million acres of new conservation efforts are underway.

The Midwest Association of Fish and Wildlife Agencies (MAFWA) has completed the Mid-America Monarch Conservation Strategy and many states have developed or are developing state level plans for monarch conservation. Across the nation, federal, state, nonprofit, and local organizations are developing and implementing conservation plans for monarchs and other pollinators. These efforts are aimed at recovering the monarch population, and in doing so, providing enhanced habitat that will benefit an entire suite of grassland and open land species, both large and small.