On December 11th the Montana Supreme Court issued a ruling affirming Governor Steve Bullock’s opinion that Montana Fish, Wildlife, and Parks (FWP) did not need to secure approval of the State Land Board to purchase a conservation easement because it is not a land acquisition where the state owns the land. The ruling resolved a dispute between the governor and the other four members of the Land Board over who has the final say on acquisition of easements. The ruling clears the way for FWP to move forward with 12 pending easements totaling over 86,000 acres, some of which are with landowners who need to close prior to the end of the year. It also reduces uncertainty for both FWP and landowners regarding future negotiations for easements. The ruling is welcome news to conservation advocates as well as champions of private property rights. 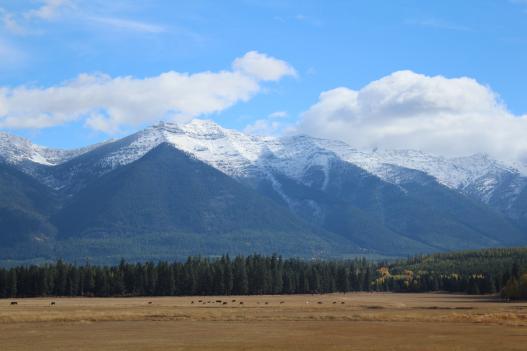 “Habitat Montana” is one of the most important and popular land conservation programs in the state. Established in the 1980s, the program is funded with a portion of hunting license fees. Over the three decades the program has been in existence, FWP has added several hundred thousand acres in fee title to its system of Wildlife Management Areas and many more acres in conservation easements. Both fee title lands and those under easement are added to the lands available for public hunting.

Conservation easements became the preferred use of Habitat Montana funds in the 1990s when the legislature expressed concerns about the amount of land FWP had acquired in fee. FWP also recognized the advantage that easements do not entail land management costs that come with fee ownership. Local governments prefer easements because the land remains in private hands, subject to taxes. And selling easements has become an important estate planning tool for many landowners who are “land rich” but whose heirs could be forced to sell property that has been in the family for generations to pay estate taxes.

Earlier this year, however, the Land Board refused to approve an easement on a ranch in eastern Montana. Three of the Land Board members, State Auditor Matt Rosendale, Secretary of State Cory Stapleton, and Superintendent of Schools Elsie Arntsen, voted to indefinitely delay action on the Horse Butte easement based on philosophical objections to permanent easements, the valuation of the easement, or ungrounded concerns that the easement could restrict oil and gas development. The delay left the landowners, who had spent two years working with FWP to reach an agreement, hanging.

When the Land Board blocked the Horse Butte easement, Governor Bullock directed FWP to proceed with closing the deal, based on his opinion that an easement is not a “land acquisition.” In response, State Senate President Scott Sales requested an attorney general’s opinion on the matter. State Attorney General Tim Fox issued an opinion holding that the statute did, indeed, require FWP to gain Land Board approval of easements. With the force of law, the Attorney General’s opinion re-imposed uncertainty into the future of conservation easements.

Governor Bullock filed suit in the Montana Supreme Court to overrule the Attorney General and on December 11th, a 6 to 1 majority of the court did just that. Sportsmen, conservation interests, and private property advocates applauded the ruling. With this issue settled, there is one less layer of bureaucracy that could hinder agreements between FWP and willing private landowners interested in selling an easement.