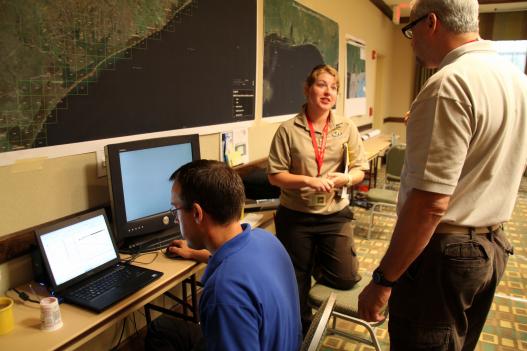 Divisions, branches, regions, districts, teams, and other organizational units are seldom created in a vacuum. Most often, they are developed for a specific purpose or goal, though that purpose or goal may be outdated. When talking structural realignment from my time as an agency director, one of my trusted colleagues often insisted that we “figure out why someone else put up a fence, before we start taking it down.” Most agencies were organized a specific way for specific reasons. However, circumstances, staff, needs, finances, priorities, and other resources change – which may necessitate a reorganization or restructuring.

Span of Control and Levels of Supervision

The consequences of having a low Span of Control often include:

The consequences of having too many Levels of Supervision often include:

Inefficiencies due to an overly tall organizational structure arise from the time expended training almost every employee in supervisory skill sets and from the time that those supervisory responsibilities take away from field staff to get operational priorities accomplished. Furthermore, excessive supervision can often lead the workforce to believe that decision-making is a democratic process in which everyone has a role – often not the case in business or government. By increasing the span of control (e.g., number of direct reports) and decreasing levels of supervision, fewer staff will require supervisory training, those that do have supervisory responsibilities will become better supervisors (with more staff to supervise, evaluate, and lead), and fewer staff will be taken from the field to manage and supervise others.

The lowest hanging fruit for reducing levels of supervision and increasing span of control occur in two places:

WMI encourages agencies and organizations in the conservation field to periodically examine their average Span of Control and Levels of Supervision. While most cannot approach the levels used by the corporate world (e.g., from 1:5 to 1:10, and 3-4 levels), restructuring to approach those levels will often free up additional resources for other priorities with minimal impact to existing operations.