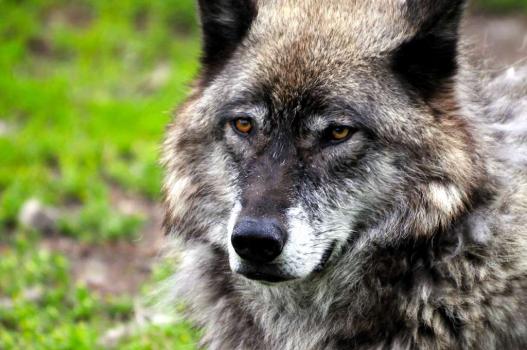 The majority of wolves in the western states occur in Idaho, Montana, and Wyoming where these states reported minimum 2020 midwinter population estimates of 1,556 wolves, 1,220 wolves, and 347 wolves, respectively. Hunting and trapping, initiated several years ago when Congress ended Endangered Species Act (ESA) protection for wolves in these states, along with ongoing management-related removal of wolves by state and federal agencies to reduce livestock depredation, has slowed population growth following exponential increases between 1995 and 2015.

At the end of 2020, Washington reported an increasing population of at least 178 wolves, including 46 that reside on Confederated Tribes of the Coleville Reservation lands under tribal management. Oregon also reported an increasing population that included at least 173 wolves at the end of last year. Packs in Oregon provide a source of wolves dispersing into California and Nevada. California currently holds three wolf packs. Only one of these packs has produced pups in prior years, but preliminary evidence suggests a second pack may have pups in a den this spring. A few radio-collared wolves have been documented in northwest Nevada and sightings of wolves have been confirmed in Utah, but there is no evidence of an established pack in either of those states at this time.

Western state residents have shown both support for and opposition to the presence of wolves on the landscape. In Colorado, a ballot initiative passed last November that requires CPW to restore and manage wolves in that state by the end of 2023. As with many current issues, there was a strong urban-rural divide in the election results and the initiative was approved by a very slim margin. This session, the Colorado legislature appropriated $1.0 million to CPW to fulfill that mandate, and the governor recently signed a bill that precludes the use of hunting and fishing license revenue or matching funds from the Sport Fish and Wildlife Restoration Account for wolf restoration or management.

In contrast to the approval of Colorado’s initiative, at least two wolves have been shot under suspicious circumstances in California. In addition, that state’s first contemporary pack, the Shasta Pack, disappeared for unknown reasons in November 2015 after an investigation confirmed the pack had likely killed a domestic calf.

Recently-passed legislation in Idaho and Montana provides evidence that wolves may have exceeded “social carrying capacity” in those states. In response to bills passed earlier this year, the Idaho Department of Fish and Game and Montana Fish, Wildlife, and Parks are taking steps to liberalize harvest. Both agencies are working to adopt regulations to implement statutes that authorize longer seasons, larger bag limits, use of bait and snares for wolf trapping, allow hunting at night, allow private parties to pay hunters’ or trappers’ expenses, and other measures designed to reduce wolf numbers. The stated intent of the legislature in each of these states is to reduce wolf numbers and distribution as much as possible, without risking re-listing under the ESA.

In response to the bills passed in Idaho and Montana, several pro-wolf groups have petitioned the U.S. Fish and Wildlife Service (FWS) to undertake emergency re-listing of the Northern Rocky Mountains Gray Wolf population. These same groups had previously challenged the FWS’ final rule delisting gray wolves across their entire range, effective January 4, 2021, bringing the court system into the ongoing debate over wolf conservation and management.

Balancing the conflicting demands of citizens who want wolves to play their natural ecological role on the landscape with those of citizens whose livelihoods can be negatively affected by wolf predation has never been an easy task. Recent events across the West suggest that the challenges managers face will only increase in the future.