The USGS New York Cooperative Fish and Wildlife Research Unit and the New York State Department of Environmental Conservation (NYSDEC) have been working together on a decision making process for setting duck season dates in New York. Waterfowl season dates are set annually by a combined state and federal process, and individual states are responsible for annually selecting duck season dates within allowable timeframes set by the U.S. Fish and Wildlife Service. The partners are collaborating to determine an effective way to integrate waterfowl hunters’ interests into the season setting process. 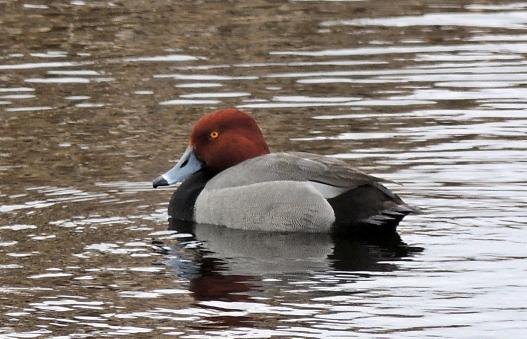 Gathering input from hunters is often an important part of the state process to ensure the selected season dates satisfy the needs and desires of waterfowl hunters. The process of gathering and incorporating public input can be difficult, however, because of a diversity of competing interests among hunters across a broad geographic area. Hunter satisfaction can take many forms and understanding which type of satisfaction hunters are trying to accomplish is important. An additional complexity in setting duck season dates is the lack of migration and abundance data at the appropriate scale. Frequently, only anecdotal observations from a handful of locations or information from limited waterfowl counts that may not be representative are used as surrogates for migration throughout the broad spatial zones.

A statewide questionnaire survey was developed in conjunction with Dr. William Siemer of the Cornell Center for Conservation Social Sciences. The survey sampled almost one third of all duck hunters in New York with either a web-based or paper survey instrument. The dual platform survey was used to elicit responses from waterfowl hunters regarding the importance of each of the six objectives, which allowed for the evaluation of season dates that would likely satisfy the different types of hunters in each zone based on species they are interested in pursuing. Finally, models developed from eBird data, a widely used citizen science birding app, developed by the Cornell Lab of Ornithology, was used to identify peaks in migration to determine periods that would maximize the chance of successfully hunting ducks of various species. This was important because it allowed for the incorporation of a large statewide dataset on migration chronology.

The structured decision making process allowed researchers to better understand the different dimensions of duck hunter satisfaction regarding season dates and allowed the team to characterize values in different waterfowl zones across the state while creating a novel approach that integrated these important societal values with scientific data on duck migration abundance patterns to best meet the multiple objectives. Although consensus is an unreasonable goal for a decision with such deeply held competing interests, the structured decision making process also allowed clarity and transparency regarding the important components of satisfaction regarding season dates and the process allowed for a full articulation of the aspects of waterfowl hunting that were important and that might vary depending on timing of the season.

The ONB features articles from Cooperative Fish and Wildlife Research Units across the country. Working with key cooperators, including WMI, Units are leading exciting, new, fish and wildlife research projects that we believe our readers will appreciate reading about. Story by Angela Fuller, Unit Leader and Assistant Professor.